Strictly star John Whaite revealed some shock news last night (November 24) and to say fans of the show were unimpressed would be an understatement.

Fresh from their Viennese waltz to Chim Chim Cheree, John and partner Johannes Radebe appeared on It Takes Two.

And it was there, talking to host Janette Manrara, that John made his shock confession. 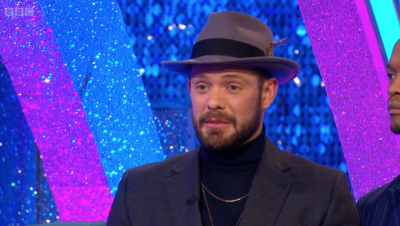 Strictly news: What did John say on It Takes Two?

He told Janette: “I’m not a fan of Mary, I don’t like Mary Poppins.”

“Do you not?” the host responded in total shock.

Read more: Rose and Giovanni hit back at ‘mistake’ on last week’s show

“We are no longer friends,” Janette declared dramatically.

“I like it now,” John said, trying to backtrack.

“John, you’ve said it already and we’re moving on because I can’t deal with it,” Janette quipped.

John then predicted a rather grim reaction from the show’s viewers and said: “I’ll be gone.” 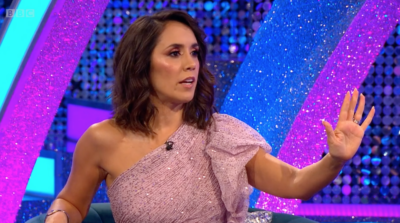 Well, it appears John’s prediction might not be too wide of the mark.

The shock confession caused outrage on Twitter, with one fan even declaring they were switching their vote from John and Johannes to Rose Ayling-Ellis and AJ Odudu.

“John doesn’t like Mary Poppins?! (Transfers all votes to Rose and AJ),” one viewer joked.

“Am I gonna have to unstan John because he doesn’t like Mary Poppins,” another asked.

“John‘s lost the country now… doesn’t like Mary Poppins! How very dare you,” joked another.

“MARY POPPINS IS THE BEST, HOW VERY DARE YOU, JOHN!” shouted another. 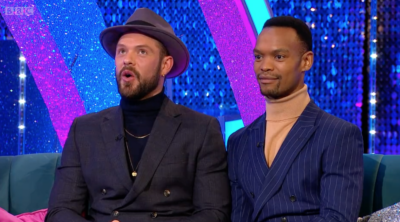 Partner Johannes say by as John put his foot in it (Credit: BBC)

Mary gets the last laugh

However, fans of the musical had the last laugh.

Just minutes after John made his shock remark, Janette sprung a surprise on him.

She showed a clip from the stars of the West End musical wishing him luck.

One viewer laughed: “John saying he hates Mary Poppins and minutes later getting a video message from the leads in the Mary Poppins stage show.”

What did you make of It Takes Two last night? Tell us on our Facebook page @EntertainmentDailyFix.