Lesley Joseph revealed the one problem currently standing in the way of a Birds of a Feather comeback during her appearance on Lorraine today.

The iconic sitcom came to an end in December of last year, but that hasn’t stopped fans from wanting more.

Why was Lesley Joseph on Lorraine? 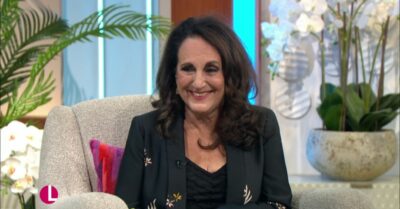 The 76-year-old actress appeared on Lorraine this morning (Thursday 25 November) to talk about her upcoming pantomime. Lesley Joseph will be playing the Wicked Queen in Snow White and the Seven Dwarfs at the Bristol Hippodrome this festive season.

Judge Rob Rinder will also be making his acting debut in the pantomime. The 43-year-old will be playing The Man in the Mirror.

Lesley Joseph gushed over the pantomime, saying it was a ‘wonderful show’. She also said that she loved that anything could go wrong in a panto, and the audience would still love it.

What did Lesley Joseph say about Birds of a Feather? 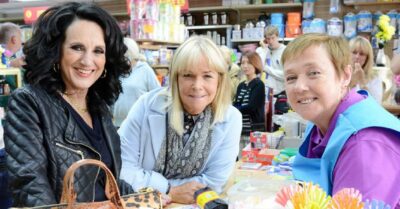 Lesley last appeared on Birds of a Feather in December 2020 (Credit: ITV)

Lorraine and Lesley then discussed the actor’s iconic show, Birds of a Feather. The show originally aired on BBC One between 1988 and 1998. It returned in 2014 on ITV and ran until Christmas 2020.

“You did a brilliant Christmas special for Birds of a Feather – that’s always something hopefully that could come back,” Lorraine said.

“I would love it to come back,” Lesley Joseph announced. She then went on to explain the one problem that’s standing in the way of her making a comeback to the iconic ITV show.

What’s stopping Lesley from returning to the show? 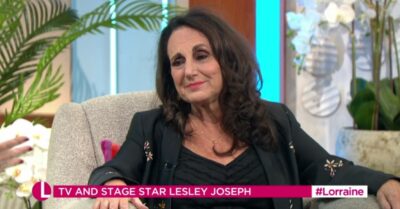 Lesley revealed that she’d love to make a return to the iconic sitcom (Credit: ITV)

“The only thing about doing Dorien is you do have to keep your weight very much in control,” Lesley went on to say.

“To fit in all of those costumes,” Lorraine said, and Lesley agreed with her.

“I’ve kept all her [Dorien] clothes or nearly all. They were all wonderful designer clothes – had to buy them – but some of them are so thin I can’t quite get in them again,” she revealed.

“But I’d love to,” she said of returning to the show.

“I hope you do, I really do,” Lorraine told the legendary actor.

Lesley Joseph also recently finished filming Celebrity Coach Trip alongside Birds of a Feather co-star Linda Robson. They toured around Portugal. Lesley briefly mentioned to Lorraine that she and Linda had done paddle boarding in the sea during the trip abroad.

Lesley Joseph’s pantomime opens at the Bristol Hippodrome on December 4.

Do you think Lesley should make a return to Birds of a Feather? Leave us a comment on our Facebook page @EntertainmentDailyFix and let us know what you think.