The EastEnders actor and Coronation Street star are two new campmates who will be joining the castle.

However, before they enter camp, Adam and Simon will have to face a dreaded Bushtucker trial. 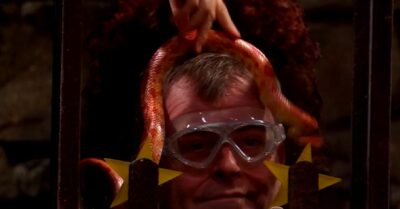 What happens in the trial on I’m A Celebrity tonight?

In a preview released by ITV, Adam and Simon are seen with their heads inside see-through boxes.

The snakes are placed into each box as Simon and Adam look slightly terrified. 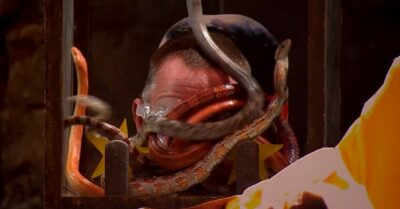 Meanwhile, their new campmates sit on the side and show their support.

As the snakes become dropped into the boxes, they’re seen moving around the soap stars’ faces.

Ant then says: “You can start when you hear the klaxon.”

As the klaxon goes off, Simon and Adam begin moving yellow stars with their tongue. 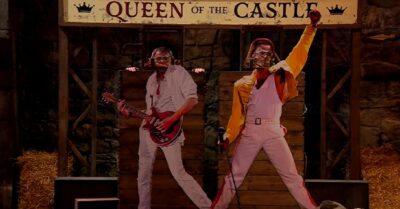 What did the I’m A Celebrity campmates say?

However, will the pair manage to win all meals for camp. Guess we’ll have to find out tonight!

At the end of last night’s show, Ant and Dec announced Adam and Simon’s arrival.

The pair became ‘Lords of the Castle’ as Ant said: “The lords have landed.”

Dec added: “And they’re in a battle to feed their new friends.” 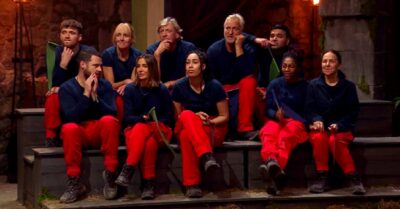 What did Adam Woodyatt and Simon Gregson say?

Meanwhile, Adam and Simon spoke to the cameras about signing up for the show.

Ian Beale star Adam said: “I’ve known about doing I’m A Celebrity for a long time, and I can’t wait to go in now!

“I don’t mind if I’m first or last in the Castle – I am just really looking forward to being on the show.”

Meanwhile, Steve McDonald actor Simon added: “It’ll be nice to be able to show people there is absolutely no difference between me and Steve McDonald.”

I’m A Celebrity continues on ITV, tonight, at 9pm.