I’m A Celebrity fans were left stunned by Adam Woodyatt as he finally joined the show last night.

The EastEnders legend was made a ‘Lord of the Castle’ alongside new arrival Simon Gregson of Coronation Street fame.

What was last night’s twist on I’m A Celebrity? 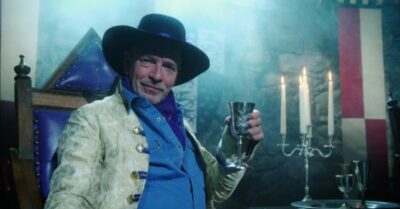 Adam was revealed to be the new ‘Lord of the Castle’ along with Simon Gregson last night (Credit: ITV)

At the end of last night’s show (Wednesday 24 November), I’m A Celebrity hosts Ant and Dec revealed a twist. Not all the campmates were taking part in the next trial. It was new arrivals Adam Woodyatt and Simon Gregson who were going to be doing it instead.

“The lords have landed,” Ant said.

“And they’re in a battle to feed their new friends,” Dec added.

They went on to reveal that if Adam and Simon suffer defeat, “the camp won’t eat”.

Fans of the hit ITV show were then shown clips of Adam Woodyatt – who played Ian Beale in EastEnders – and Simon Gregson – who plays Steve McDonald in Corrie – dressed as ‘lords’ and speaking to the camera.

Read more: Naughty Boy slammed by viewers as he remains on show despite vowing to quit

And many were left stunned by Adam’s appearance after his dramatic weight loss. They took to Twitter to share their surprise.

What did I’m A Celebrity fans say about Adam’s weight loss? 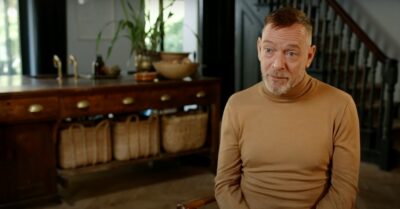 “Wow Ian Beale I mean Adam looks great! Having a break from EastEnders has done him good,” one I’m A Celebrity viewer said.

“Just going to throw it out there but Ian Beale is looking fantastic,” another fan said.

“I can’t explain it but Ian Beale looks like a lookalike,” a third viewer wrote.

“Why does Ian Beale not look like Ian Beale?” another confused I’m A Celebrity asked.

“Wow has Adam Woodyatt been waiting at the castle dungeon for a few weeks already? He’s a shadow of his former self,” another joked.

He said: “This woman looks at me and says, ‘You’re fatter than you are on the telly’.

“I said to her, ‘If I had said that to you, you would go to the papers and say I was being rude, this and that. I’m sorry, I don’t like the way you spoke to me.’ She said ‘I didn’t mean it’ and went off.”

What did Adam say about joining the show? 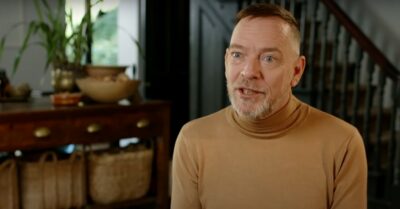 Speaking on last night’s show, Adam expressed his excitement at being on I’m A Celebrity.

He said: “I’ve known about doing I’m A Celebrity for a long time, and I can’t wait to go in now! I don’t mind if I’m first or last in the Castle – I am just really looking forward to being on the show.”

He also revealed that his biggest phobias include bugs and rodents, so it’s safe to say he’ll be in for a good time at Gwrych Castle.

While Adam Woodyatt and Simon Gregson are only joining tonight, the rest of the campmates have been there for a few days now.

Last night it was down to Richard Madeley to feed them, as he took part in the Kitchen Nightmares trial. Wading through a sewer full of rotten fruit, bugs, and fish guts, Richard managed to pick up four stars.

The presenter won his campmates some squirrel to snack on, though many viewers slammed the challenge for being ‘impossible’.

You can catch Adam Woodyatt and Simon Gregson’s entrance on I’m A Celebrity tonight at 9pm on ITV and ITV Hub.

What did you think of Adam’s weight loss? Leave us a comment on our Facebook page @EntertainmentDailyFix and let us know!