Former footballer Jamie, 48, shared a picture of his and Frida Redknapp‘s (née Andersson) first son, Raphael, together on his Instagram yesterday.

The 74-year-old took to Instagram to share his joy at baby Raphael’s birth. He posted a picture of Jamie, in a grey tracksuit, lying on a hospital bed, smiling up at the camera, with baby Raphael lying next to him. This was the same photo Jamie posted on his Instagram too.

Harry captioned the heartwarming post with: “Welcome to the world my grandson Raphael Anders Redknapp. Can’t wait to meet him. All our love Nanny and Pop.” Harry added plenty of blue heart emojis after every sentence on his caption too.

He went on to write: “Thank you to the Chelsea and Westminster hospital to looking after him for us.” 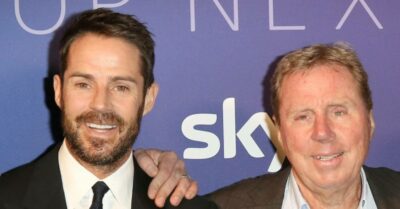 How did friends respond?

Plenty of fans and celebrities took to the comments on both Harry and Jamie’s identical posts to wish them their congratulations.

Comedian John Bishop wrote, “Congratulations to you all,” on Jamie’s pic. 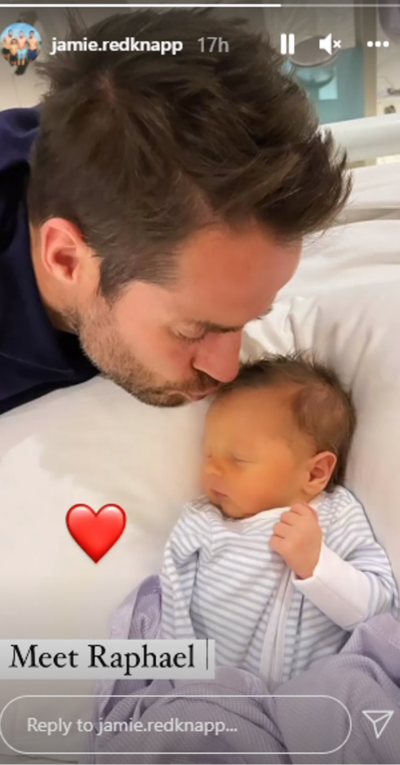 What has Harry Redknapp’s son, Jamie, been up to recently?

Baby Raphael is Jamie and Frida’s first child together. They married last month at the Chelsea Registry Office in London. Jamie shared a picture of himself and Frida on their wedding day last month. He said it was a “small, intimate wedding with friends and family”.

Among the guests were dad Harry and cousin Frank Lampard, husband of Christine Lampard.

Meanwhile, Raphael is Jamie’s third son. He shares two children with pop star Louise Redknapp. The couple married in 1998 but divorced in 2017. 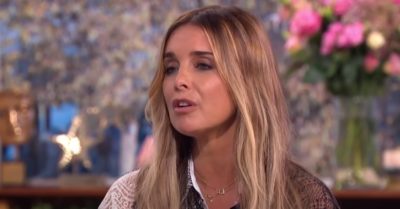 Louise Redknapp and Jamie were married for 19 years before their split in 2017 (Credit: This Morning YouTube)

In her book, Louise hinted that her stint on Strictly Come Dancing in 2016 led to the breakdown of her marriage with Jamie.

Meanwhile, it was reported that Louise Redknapp was ‘struggling’ following her ex-husband Jamie’s wedding to Frida. A source close to the star said she was experiencing very ‘mixed emotions’.

Louise also reportedly hadn’t had time to prepare for Jamie’s wedding as her ex-husband had wanted to marry Frida before Raphael was born.