Dancing On Ice: Brendan Cole slices Vanessa Bauer’s back with his blade during training

Dancing On Ice: Brendan Cole slices Vanessa Bauer’s back with his blade during training

The former Strictly star is set to compete in the upcoming season alongside the German skater.

As the pair practised on the ice yesterday (November 24), Brendan caught Vanessa in the back with his blade. 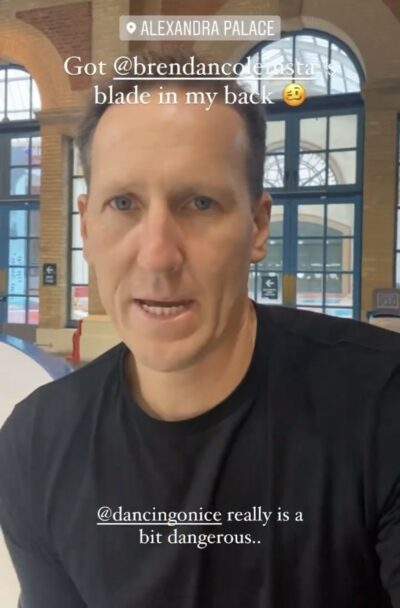 The pair updated their fans on the incident on social media.

In a behind-the-scenes clip, Vanessa showed off a nasty-looking cut across her back.

She captioned the post: “Got @brendancoleinsta’s blade in my back.

“Dancing on Ice really is a bit dangerous.”

After lifting her hair to reveal the injury, she turned the camera on a sad-looking Brendan. 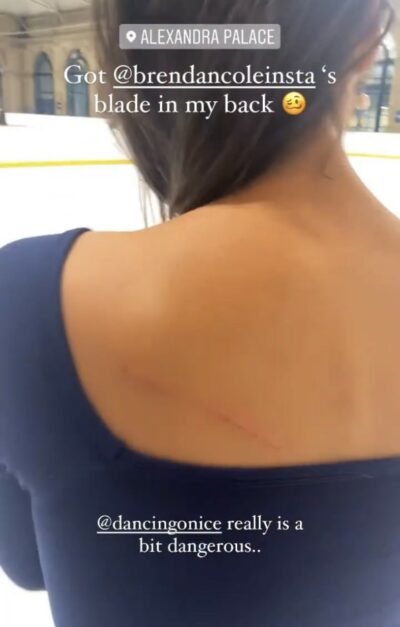 Brendan, 45, and Vanessa, 25, previously announced their partnership earlier this month.

The professional dancer teased the announcement on his Instagram Story, alongside the caption: “Big reveal.”

Following a post featuring Vanessa, he then added: “People, it’s official, I have my new Dancing on Ice professional, it’s Vanessa Bauer.

Dancing on Ice really is a bit dangerous

“And there she is, it’s Vanessa Bauer.

“I’m so excited to be partnered with her, very, very lucky. She’s an incredible skater and I’ve loved watching her on the show over the years and I’m ecstatic. Watch this space people!”

Vanessa also confirmed the news with a post of her own.

“We’re both incredibly excited about this new partnership and can’t wait to go above and beyond to hopefully deliver some magic on the ice for you! Let’s do this partner!!!”

Vanessa has previously appeared in the DOI finale alongside Perri Kiely and Wes Nelson.

Who is taking part in Dancing On Ice?

Meanwhile, Brendan is one of 12 celebrities taking part in the ITV show next year.

Find out the full line-up here!

Dancing On Ice 2022 will return to ITV in the new year.