Tags:
The One Show, Tom Parker

The Wanted’s Tom Parker has issued a health update as he continues to battle cancer.

Tom appeared on The One Show last night (October 13), telling hosts Ronan Keating and Sam Quek that he’s been through “the darkest time in my life”.

Tom revealed in October 2020 that he had been diagnosed with Stage 4 Glioblastoma – an inoperable and incurable brain tumour.

Recently he underwent 30 rounds of radiotherapy and, following that treatment, he’s revealed how he’s doing now. 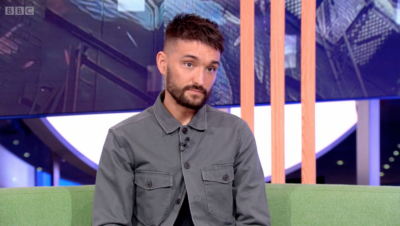 Tom Parker appeared on The One Show and gave an update on his cancer battle (Credit: BBC)

The Wanted favourite was asked how he’s feeling now and, referring to his treatment, he said: “Now that that’s all finished, a lot better.”

When you’re faced with adversity you either rise up or you fall.

He added: “That was probably the darkest time in my life to be honest with you.

“It’s the travelling up to treatment every day and lying under that machine and being blasted with radiation, it’s very intense.

“They were just dark days. For me if was like never ending,” he added. 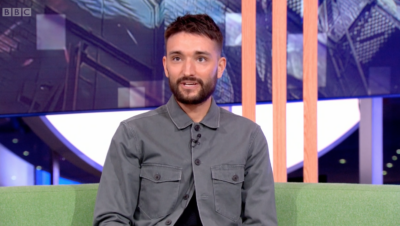 Tom has recently reunited with his band The Wanted (Credit: BBC)

‘You do what comes naturally and you fight’

Tom also revealed how he manages to stay so positive in the face of a terminal illness.

He told Ronan and Sam: “You just get on with it.

“When you’re faced with adversity you either rise up or you fall.

“If any of us were in that position you just do what comes naturally and you fight.”

And Tom certainly has a lot to fight for.

Who is Tom Parker married to?

In July 2018, Tom tied the knot with Kelsey Hardwick – a dancer and actress.

The couple had been engaged for two years before they said “I do” in the picturesque grounds of Ridge Farm in Surrey.

A year after their wedding, Tom and Kelsey welcomed their first child into the world.

They called their daughter Aurelia Rose.

Tom and Kelsey had their second child, a son called Bodhi, in November 2020.