Guilt series 2: A 3-minute recap on everything that happened in series 1

Guilt series 2: A 3-minute recap on everything that happened in series 1

Guilt series 1 started with a bang and ended with a smile. Smooth but crooked lawyer Max (Mark Bonnar) and his younger brother, laid back record store owner Jake (Jamie Sives) ran over and kill an elderly man on the way back from a wedding late at night on an Edinburgh street.

Jake was behind the wheel – uninsured and over the limit – but as the owner of the car Max would be equally liable – so they agreed to cover up the killing.

They dumped the body in the man’s house – making the death look like natural causes.

But with questions continually asked about the death, they were sucked into the world of the dead man, whose name is Walter Woods.

Forced to pose as his friends, hapless Jake even became romantically involved with Angie – a young American who was introduced as Walter’s niece.

But she was in fact a stranger paid to pose as such by Sheila, Walter’s devious neighbour, who was drugging the old man and stealing his money.

As doubts continued to be raised about the death, Max became the target of a blackmail campaign on the part of Sheila, and used his dodgy contacts to try and evade the blame, also hiring inept and alcoholic detective Kenny.

Trying to escape their guilt over the accident, the brothers were drawn deeper into gangster related intrigue.

Meanwhile Max’s wife Claire (Sian Brookes), became involved with Tina, who she met at the gym but, unbeknownst to her, was one of gangster Roy Lynch’s crew.

They fell in love, and Claire considered leaving Max and running away with her lover.

After arranging for Jake to be kidnapped, to save him from real harm at the hands of Lynch, who Max tried to undermine, Max admitted to his brother that he had been working for the gangster all the time, and that the record store Leith Beats, was a front for laundering dirty money.

With Leith Beats burned to the ground, and Jake planned to leave the country with Angie, (having now admitted the truth to each other), Max, who had been dumped by Claire, arranged to meet Jake. 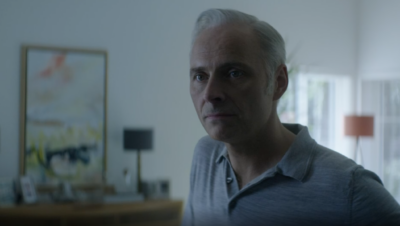 His plan was to place the blame squarely on his brother (albeit after he had left the country).

But Jake found out what Max was planning, and after Max poured his heart out to Jake, the police arrived.

Finally, it dawned on ‘Teflon’ Max that everyone had turned on him – including Jake, who had turned the tables on his brother.

The whole of Guilt series 1 is currently available to watch on BBC iPlayer, as is series 2.

Are you looking forward to Guilt series 2? Let us know if you’ll be tuning in on our Facebook page @EntertainmentDailyFix.