Emmerdale spoilers for tonight reveal Kim makes a decision on what to do about Will.

Meanwhile Bernice makes a decision about her future and Rishi accuses Charles of stealing Manpreet.

All this and more in tonight’s episodes of Emmerdale.

Emmerdale spoilers: Kim reports Will to the police? 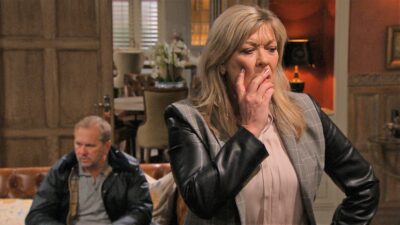 Will Kim report Will to the police? (Credit: ITV)

Knowing that Malone’s body could be discovered, Will confessed to Kim that a body is buried on the ground of Home Farm.

Tonight Will prepares to flee Emmerdale.

Meanwhile Kim comes to a decision about what to do with Will and heads out with purpose to put her decision into action.

Gabby, Diane and Bernice plan to leave the village 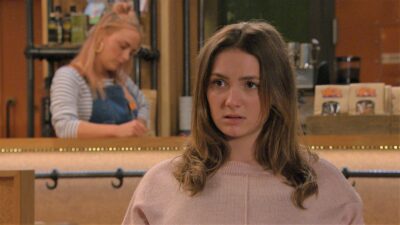 Gabby and Diane meet Bernice in the Woolpack and Bernice is shocked to learn of Diane’s plan to move to Portugal.

Later Diane and Gabby are thrilled when Bernice suggests she move to Portugal with them.

However they remind her she has to keep quiet about Gabby’s plan to move. 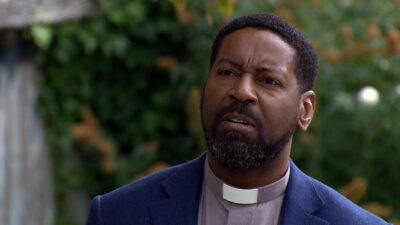 In last night’s episode Manpreet confessed to Rishi she didn’t love him.

Tonight Rishi accuses Charles of stealing Manpreet and Charles his shocked by his accusation.

Later Meena tries to convince Manpreet to make a move on Charles, even though he is dating Andrea.

Andrea ad Charles sign up for the survival challenge 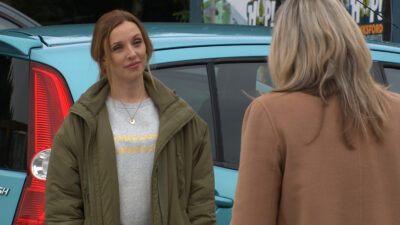 Read more: OPINION: Emmerdale: ‘Victoria’s behaviour is as bad as Meena’s – kill her off!’

Meanwhile Andrea suggests to Charles that they both go on the survival challenge in order to get away from the thought of Kim’s custody battle for Millie.