Hunting the Essex Lorry Killers on BBC Two relives the horrifying deaths of migrants in a refrigerated trailer in 2019 – but where is driver Maurice Robinson now?

Were the smuggling ring caught?

And how many victims died?

Here’s everything you need to know about the BBC Two documentary.

Hunting the Essex Lorry Killers on BBC Two – what’s it about?

The one-off documentary reveals how Essex Police investigated the deaths of migrants.

Police found their bodies in the trailer of an articulated lorry in October 2019.

The documentary also travels to Vietnam to meet the families of some of those who died.

Above all, the film takes the time to give the names of the victims, show their faces and tell their stories.

How many people died in lorry in Essex?

Tragically, the driver found 39 people had died in the trailer of the lorry in October 2019.

They were all Vietnamese migrants between the ages of 15 to 44 who had dreamed of a better life in the UK.

The dead included 31 males and eight females – and 10 of the victims were teenagers.

The two youngest were 15-year-old boys. 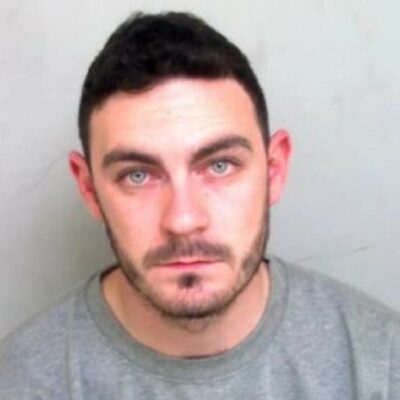 A judge found Maurice Robinson guilty for his part in the crime (Credit: YouTube)

Read more: What happened to Lesley Whittle and where is ‘Blank Panther’ Donald Neilson now?

Where is Maurice Robinson now? How did the victims die?

In February 2020, Essex Police revealed that the post-mortems gave a combination of hypoxia and hyperthermia as the provisional causes of death.

The ambulance service said that all 39 people were dead before it arrived.

A judge said the migrants died “excruciatingly painful” deaths, having suffocated in the container.

The migrants were trapped in the container for at least 12 hours as it was shipped from Belgium to Purfleet in Essex.

The victims had used a metal pole to try to punch through the roof but only managed to dent the inside.

Who drove the lorry in which 39 people died?

The driver of the HGV was Maurice Robinson, 29, of Co Armagh, Northern Ireland.

At the time of the deaths, his partner had been pregnant.

First of all, in October 2019, he opened the sealed container in Grays in Essex and found the Vietnamese migrants had all suffocated.

He called emergency services in Essex saying he had found 39 dead bodies in the back of his truck.

On arriving at the scene, the first responders saw that the driver didn’t seem upset.

Police soon linked him with a global people-smuggling gang. 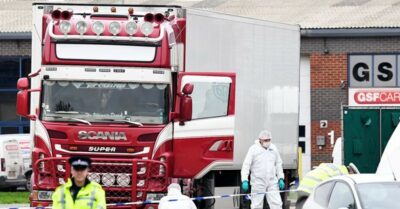 Where is Maurice Robinson now?

Maurice’s barrister told the Old Bailey that he was “horrified by what he saw”.

He pleaded guilty to 39 counts of manslaughter in April 2020 at the Old Bailey.

In January 2021, a judge sentenced Maurice to 13 years and four months in prison.

Where is Maurice Robinson now? Were the smuggling ring caught?

Maurice Robinson was one of eight men being sentenced for their role in the people-smuggling operation dating back to May 2018.

They were subsequently jailed for 20 and 27 years respectively.

Eamonn Harrison, 24, from County Down, had transported the migrants and was sentenced to 18 years.

Three others members of the gang were also sentenced.

Christopher Kennedy, 24, from County Armagh, was jailed for seven years.

Valentin Calota, 38, of Birmingham, was sentenced to four-and-a-half years.

And, finally, Alexandru-Ovidiu Hanga, 28, of Essex, was given a three-year sentence.

Do you think Maurice Robinson got the right sentencing? Leave us a comment on our Facebook page @EntertainmentDailyFix.