Molly-Mae Hague has revealed she’s had lumps in her breast and finger removed after a cancer scare.

The Love Island star previously told fans she had been referred for a biopsy after discovering a lump on her breast, but that after having it checked out she was told it was “completely fine, completely benign”.

She has now posted an update on Instagram, telling fans it has been removed.

Sharing a photo showing herself in a hospital bed, the blonde wrote: “I spoke about a lump I found in my boob on a recent vlog of mine, well I had it removed today. Check your bodies people!!”

Molly-Mae, 22, also shared an image of her hand all wrapped up in a bandage, explaining: “Also had a lump removed from my finger that I’ve spoken about a few times too.

“Also having a canula put in my hand has always been without a doubt my BIGGEST fear… so that in itself today is a HUGE achievement for me.” 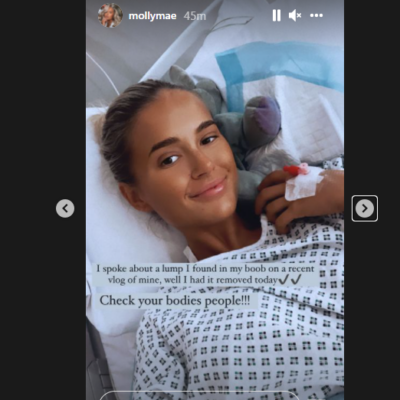 Molly-Mae has had a cancer scare before.

In 2020 the TV star told fans that a mole that she’d had removed from her leg turned out to have been cancerous.

Her mum apparently flagged up the suspicious looking mole after she spotted it on the star’s leg while she was a contestant on Love Island in 2019. 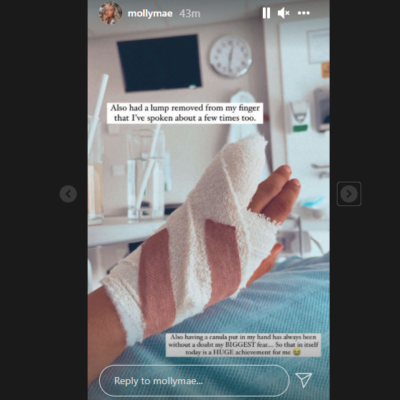 Molly-Mae had a lump on her finger removed too (Credit: Molly-Mae Hague Instagram)

Molly-Mae later had the mole looked at but was initially told that it was okay.

However, she wasn’t convinced and sought another opinion.

She was later told that it was malignant melanoma.

“It’s obviously petrifying, shocking and scary,” she said at the time in a YouTube video entitled ‘I FOUND OUT MY MOLE WAS CANCEROUS’. 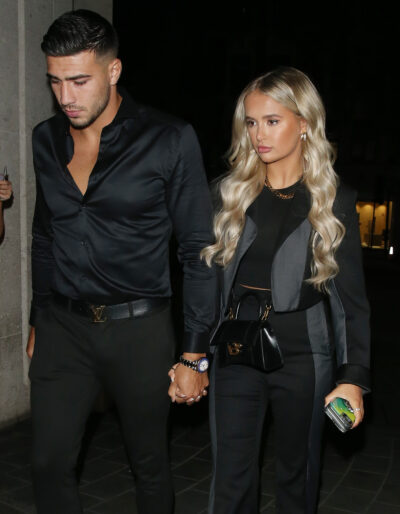 Molly-Mae and boyfriend Tommy Fury, who she met on Love Island (Credit: Splashnews)

“I don’t even know what to think or say. I cannot believe I was told by others doctors it was okay.”

“It could be spreading through my body, you just never know.”