Saturday Morning host James Martin has described his experience of dyslexia as an “absolute nightmare”.

James, 49, opened up about how the learning difficulty affected his telly presenting career earlier today (July 17).

James Martin’s Saturday Morning is currently on summer holiday – but ITV aired a repeat of an episode from February instead.

And it’s here that James made the comments. 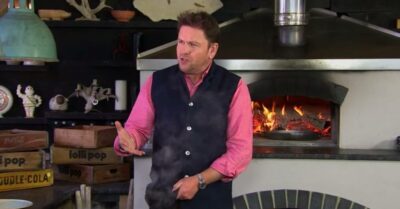 Saturday Morning host James Martin didn’t know he had dyslexia until he was 30 (Credit: ITV Hub)

What did James Martin say about his dyslexia

The topic came up as he prepared a prawn jalfrezi for Radio 1 host Mollie King.

The former Saturdays singer and Strictly contestant also suffers with dyslexia. She was diagnosed aged 10 after her mum noticed her daughter found reading difficult.

Mollie is now an ambassador for the British Dyslexia Association.

James broached the subject: “I know a big passion of yours is this dyslexia foundation, which I wanted to pick up on because it’s something that’s close to my heart.

However, while Mollie found out she was dyslexic as a child, James only discovered he was affected when his telly career kicked off.

He revealed: “I didn’t know about mine until I was 30 years old, when I started in television to read the autocue.

“For me it’s an absolute nightmare to read that.” 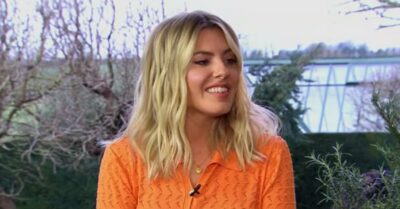 How James Martin began to deal with his dyslexia

However, James also reckons a BBC colleague helped build up his confidence so he could live and work with dyslexia.

He explained: “She turned around and said: ‘You’ve got to walk and talk at the same time.’ She sent me away for a little lesson on how to do it.

“You need somebody like that to give you the confidence, don’t you really?” James continued.

Read more: Who is James Martin’s girlfriend and why has Saturday Kitchen chef said he will never marry her?

James has admitted he has received critical tweets about his presenting style, affected by his dyslexia.

“They started slagging me off about the way I read autocue,” he explained.

“But I can’t read autocue. If I read it I make a mistake.”

James has also previously indicated he has “never read a book” in his adult life.

“The last book I read was Peter And Jane level 2B when I was at primary school,” he told GQ magazine.

It is also believed he makes use of a dictaphone to produce his own cookbooks.

James Martin’s Saturday Morning airs on ITV, Saturdays, from 9.25am.