Bad news for Bridgerton fans – filming on Bridgerton season 2 of the smash hit has been paused indefinitely.

Work resumed on the Friday, but a second positive COVID-19 test result caused the set to shut down again.

The first case earlier this week is said to have worried bosses who are also about to start work on The Crown. 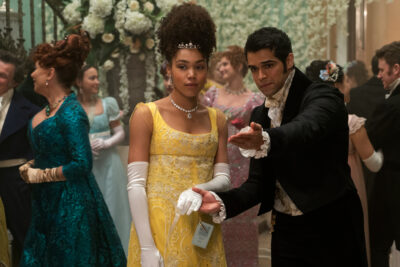 A TV insider told The Sun that the vast cast and crew needed for the period dramas has caused ‘a logistical nightmare in terms of trying to keep staff safe, prevent an outbreak or contain one when it’s been identified.

There is now reportedly no date set to resume filming, amid fears about the highly-contagious Delta variant.

A source said told Deadline: “[It’s] a logistical nightmare in terms of trying to keep staff safe, prevent an outbreak or contain one when it’s been identified.

“It’s also a headache for producers because removing cast or crew and putting them into isolation means they have to be replaced at short notice, and that’s not always possible.

“Netflix have gone to great lengths to ensure all the relevant measures are in place on Bridgerton.

“This just goes to show how difficult it is for such a  large set to be completely Covid-secure.” 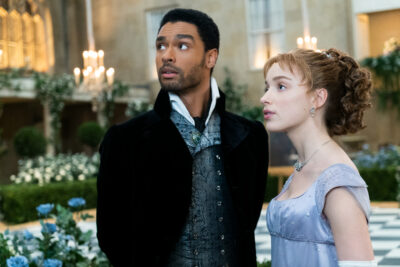 Read more: Everything you need to know about Bridgerton Secret Cinema

At the start of the year, Bridgerton’s season one leading lady Phoebe Dynevor expressed her concerns about filming series two amid the pandemic.

“I can’t imagine how it would be possible to film under these circumstances,’ she told Deadline.

‘There are so many extras and so many crew members, and it’s a very intimate show. It just baffles me how we would film it under COVID rules unless there was a vaccine beforehand.”