Who is Pip Tomson on GMB? Here’s where you may have seen ‘upgraded’ presenter before

Who is Pip Tomson on GMB? Here’s where you may have seen ‘upgraded’ presenter before

She was the first presenter on shift for the ITV daytime telly series this morning as her role was ‘upgraded’.

Pip clocked on at 6am and was part of the hosting line-up alongside Charlotte Hawkins and Kate Garraway.

Here’s a little more information about the award-winning new face already very recognisable to viewers in certain parts of the country. 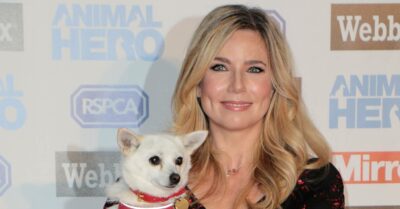 Why was Pip Tomson on GMB today?

Pip, a two-time Presenter of the Year RTS winner, has actually been part of the GMB news crew since 2013.

However, her appearance today saw her take the reins onscreen for the first half hour of the show from 6am.

She told followers on Instagram yesterday she would be ‘rousing them from their slumber’ to deliver the news headlines.

Viewers on social media went on to dub her showing alongside Kate and Charlotte as “GMB ladies’ day”.

Has Pip Tomson appeared on GMB before?

She has – in a way – over a couple of different stints.

According to an online biography, Pip presented the weather for ITV’s GMTV in 2009 and Daybreak in 2010.

Great to see the talented Pip Tomson in the studio on GMB today.

Having freelanced elsewhere for the likes of Sky News, she returned to the team and has featured on screen as correspondent about where the hottest place to work in Britain is and A-level results.

Pip was a newsreader in the West Midlands in the earlier stages of her career.

She was also a news presenter for ITV News Tyne Tees, as well as a weather presenter in the north east.

Away from work, Pip is clearly a passionate advocate of animal rights.

On her Twitter account, the hashtag #EndDogMeatTrade features prominently. She is also ‘mum’ to Billy a Tibetan Terrier and two dog meat trade rescues Bindi and Robin.

How viewers reacted to Pip Tomson on GMB this morning

One person tweeted her being in the studio – with Kate and Charlotte – meant it would be the “best show of the week guaranteed”.

Someone else described Pip as “fabulous” and “a ray of sunshine”.

And another Twitter user concluded: “Great to see the talented Pip Tomson in the studio on GMB today. Always been a great news presenter. Great move.”