Coronation Street spoilers for tonight reveal Paul is questioned by police about the heat pump.

Meanwhile angry Tyrone and Alina confront Fiz, and Fiz is asked out on a date.

All this and more in tonight’s Coronation Street. 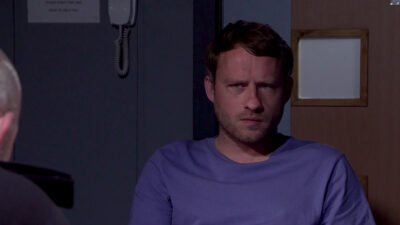 The police question Paul about the stolen heat pump.

Meanwhile, having kept £1k from the heat pump money for himself, Todd tells Billy and Summer he got a bonus from work and is going to spend it on a family holiday.

Tyrone and Alina plot to get back at Fiz 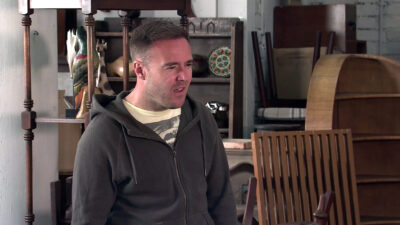 Alina and Tyrone aren’t happy, but what will Fiz say? (Credit: ITV)

Having read the article, an angry Alina confronts Fiz and points out that she never set out to steal Tyrone from her.

Soon Tyrone calls in at the furniture shop and also confronts Fiz over the article.

At Alina’s suggestion Tyrone approaches Daniel and hopes he’ll write an article telling their side of the story. Will Daniel do it? 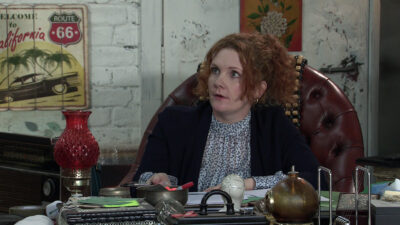 Fiz is asked out (Credit: ITV)

Later a customer at the furniture shop called Phill comes in.

He suggests to Fiz that they go for a drink and she’s flattered.

Curtis and Emma take their relationship to the next level 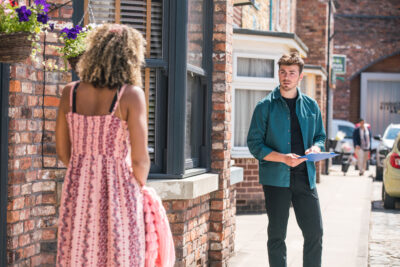 Emma and Curtis make a decision about their relationship (Credit: ITV)

Curtis realises he’s miscounted and signed up 13 models for the calendar.

Brian agrees to take the photos for the charity calendar.

Later Emma and Curtis agree they’d like to take their relationship to the next level. 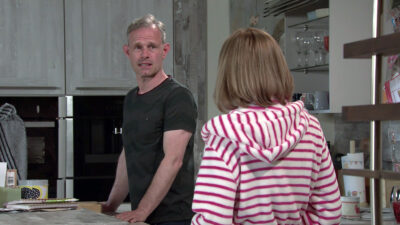 Natasha changes her plans, but what will Nick say? (Credit: ITV)

Natasha calls Nick to ask if Sam can spend the night. Nick is thrilled and Leanne is pleased to see him so happy.

Later Natasha calls in to the flat and says there’s been a change of plan and Sam won’t be coming to stay after all.

George and Mary have a plan 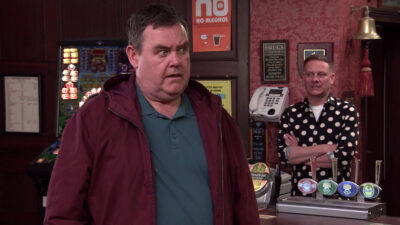 George has an apology to make, but will he do it? (Credit: ITV)

Read more: Coronation Street: Alya ‘is not so innocent’ fans claim as Ryan cheats with Daisy

George calls at No.11 and tells Mary that he owes Eileen an apology.

Coronation Street airs tonight at 7.30pm for an hour on ITV.