Bradley Walsh may be known as a master of many trades with his impressive CV, but he draws the line at one thing – dancing.

He’s been a household name for decades, showing off his skills as a footballer, presenter, actor, comedian and singer. But Bradley, 61, has revealed he has turned down the opportunity to appear on glamorous performance-based show Strictly come Dancing.

In fact, The Chase host is adamant that he will NEVER grace the stage of the hit BBC One offering. 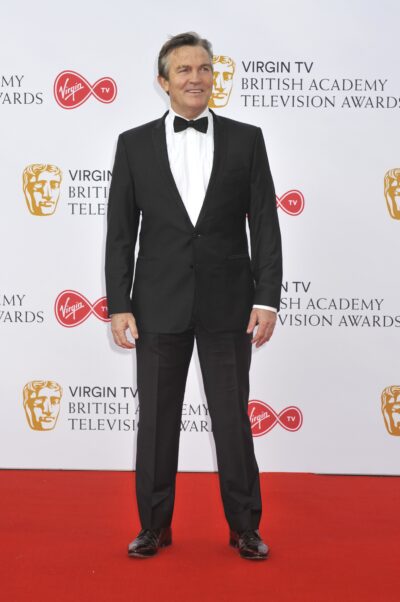 Bradley – who is set to star in new shows Take Off with Holly Willoughby on BBC1 and The Larkins on ITV – has also admitted why he won’t be donning his glad rags any time soon.

He said on the Sliding Doors podcast: “Here’s the trick of doing stuff you can get away with, you’ve got to be brutally honest with yourself. If you don’t get it you can’t sell it. If you can’t dance, you can’t sell it, no matter how big a showman you are. Stick to what you know best.

“I’ve been asked a couple of times to go on Strictly. But I’m not a dancer.  I don’t even think I’m a good dad dancer. I’m a bad dad dancer, which makes things even worse.”

Despite being in a position where he can pick and choose what jobs he takes, Bradley reminded upcoming stars to seize any opportunity. But he reminded them to do everything with conviction and high quality performance in mind.

He said: “I always remember, the great Bill Shankly, who was the manager of Liverpool back in the day, and Huddersfield Town, once said something, and I’ve never forgotten it, ‘Even if you end up sweeping the roads, don’t cheat, sweep them properly.’

“If you’ve been given a job and you’ve signed up to do it, do it, don’t half do it. I’ve given talks and stuff like that at schools and drama colleges and they ask, ‘What’s the secret?’ And there is no secret.

“The easiest part of our industry is giving up. That’s the easiest bit. ‘I can’t do that, I’m not a good enough actor, I’m not this.’ That’s nonsense, there’s something for everyone.” 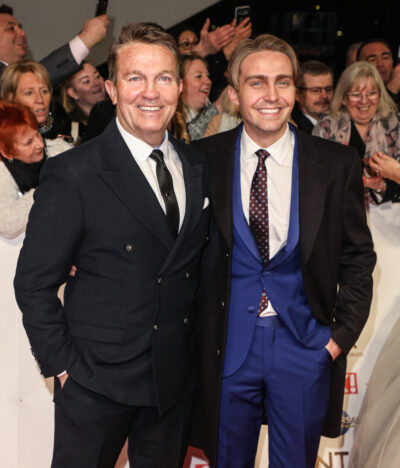 He continued: “You’ve got to realise the opportunity when it comes along, but I think that comes from your background, your childhood, your upbringing.

“I was brought up from a council estate in Watford, lovely it was, fantastic, we had the most fantastic time. Those wonderful summers when we were kids and stuff like that.

“But there’s also a certain hunger that breeds. You will have a certain desire.”

The Watford born star has been married to wife Donna Derby for 24 years. The couple have one son, Barney, 23, who features in one of his dad’s fondest memories of his career.

He said: “My greatest thing, I’ll never forget, I was in pantomime at Milton Keynes and my son Barney played my sidekick. He was like eight.

“I taught him to deliver the lines and wow, he came on, and he stole that part of the show, and I remember coming down at the curtain call, packed house, 1,600 people, opening night, and he got the most fantastic round of applause.

“I was so proud to be on the stage with my son at the age of eight, I mean, I didn’t start until I was a Bluecoat when I was 21. And then I didn’t turn professional until I was 26.”

He continued to sing his son’s praises: “And he’s such a lovely guy. My son Barney is the man I always wanted to be because he’s so laid-back and so humble.”

Bradley also has a daughter from a previous relationship, 39-year-old Hayley.

What do you think of this story? Head over to our Facebook page @EntertainmentDailyFix and leave a comment to let us know!