Emmerdale spoilers reveal Liv Flaherty is set to make a killer confession to a shocked Vinny Dingle next week.

Viewers know that Liv has been struggling with her feelings of guilt over how Paul Ashdale died.

And now it looks like she’s about to act on that guilt. 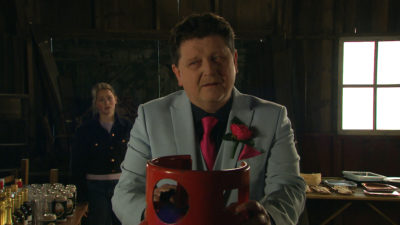 Liv Flaherty fought with Paul in the barn before his death (Credit: ITV)

What happened between Paul and Liv?

Paul was trapped under a collapsed beam in the barn that Jimmy King had crashed into.

Before that he had attacked Liv and tried to beat her into silence to stop her from freeing Vinny from his clutches.

After the crash, a trapped Paul begged and pleaded for Liv’s help.

But when he began to threaten her, she fled outside where she collapsed.

She was lucky to survive but Paul was rushed to hospital and died from his injuries.

And, whilst Liv has opened up to her brother Aaron Dingle about what happened, she has yet to tell Vinny. 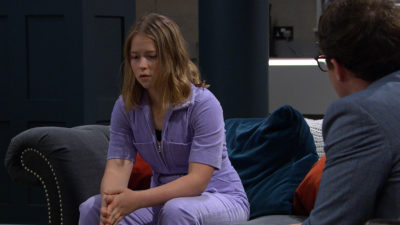 Liv is set to make a shock confession to Vinny (Credit: ITV)

Viewers watched this week as the weight of the secret crushed Liv and the recovering alcoholic began drinking again to cope.

And now next week things will spiral out of control once more.

Emmerdale spoilers have revealed she will make a confession to Vinny that will leave him stunned. 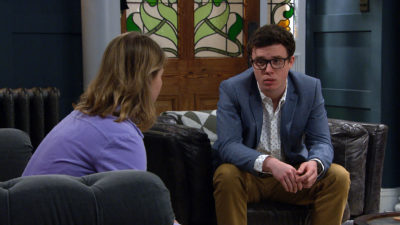 Vinny does his best to support Liv but what will he do if she tells him about Paul? (Credit: ITV)

As Vinny opens up about his therapy sessions leaving him with more questions than answers, Liv panics.

Vinny sees her worries and tries to get her to open up.

He just wants her to tell him what’s going on with her but she can’t.

She starts necking vodka to numb the pain – and it’s clear she’s been using this coping mechanism for a while.

Read more: Emmerdale: Leanna and Billy will get together, fans predict – but how old are they?

But when Vinny finds her he’s shocked at what he sees.

He does his best to support her but Liv makes a shocking confession.

Will she tell him the truth about what really happened with Paul?