The Syndicate series 5: Will there be a fifth series? What has Kay Mellor said?

The Syndicate series 5: Will there be a fifth series? What has Kay Mellor said?

Tags:
BBC, BBC One, The Syndicate

Will there be a series 5 of The Syndicate? Has Kay Mellor said anything about a new series?

What is next for this popular BBC One series?

Is There a The Syndicate series 5?

So far the BBC has not confirmed if there will be a fifth series of The Syndicate.

However, given its continued popularity, we wouldn’t be at all surprised if there will be at least one more series.

What’s more, its creator Kay Mellor has said she’s keen for another. 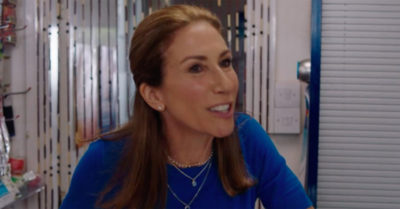 But admitted that it may take some time – as series four took six years to come to fruition.

While speaking to The Daily Star, Kay, 69 said: “It took six years for the current series to come to screen.

“But there’s something cooking. The ingredients are there, so it’s there. But it’s not cooked up yet.”

Is The Syndicate series 4 finished?

The final episode of The Syndicate series four airs on Tuesday May 4 on BBC One at 9pm.

This is the sixth out of six episodes. The finale will be available to stream on BBC iPlayer shortly after it airs.

The final episode sees the kennel gang return to the UK from their South of France adventures.

And a surprise party is waiting for them all. 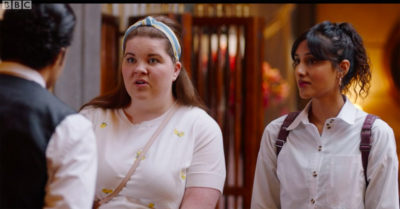 The Syndicate sees a group of young kennel workers head over to Monaco (Credit: BBC)

How was the latest series of The Syndicate received?

The latest series of The Syndicate has received somewhat mixed reviews.

The Guardian heaped praise on the series, describing it as: “a triumphant return for the witty lottery drama.”

And The Telegraph claimed: “The whole thing feels light, but Mellor weaves in emotional truths. And it makes a pleasant change when every other drama these days involves a murder investigation.”

However, viewers don’t seem as convinced. Dozens have complained on Twitter that they find the series farcical and likened it to children’s television.

In fact, many raged that it should be aired on CBBC rather than as an adult drama series.

One viewer complained: “This series is literally like a cbbc series #thesyndicate.” 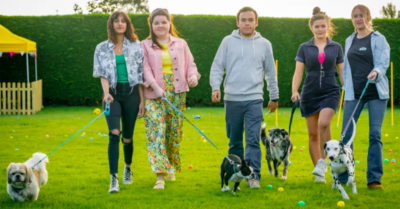 While another viewer pondered: “Just tuned in is this for adults or CBBC? #TheSyndicate.”

A third user quipped: “Catching up on #thesyndicate My sky box seems to have recorded CBBC instead, this series is on a level with Tracy Beaker and Byker Grove.”

A further user claimed: “Can’t believe how bad #TheSyndicate is. Like a kids series on CBBC. Two hours of my life I’m not getting back.”

But Kay says she deliberately wanted to create a new series of The Syndicate based around young adults.

And specifically, young adults who work with animals, and often for very little money.

While speaking to The Guardian, she explained: “Young people who love animals can really be exploited.

“These kids do it because they love the dogs. Then they’re paid cash in hand – they don’t know how much they’re getting. How can you manage life if you don’t know that?”

Where can I watch all of The Syndicate episodes?

As of the time of this publication only series four of The Syndicate is available to stream on BBC iPlayer.

However, series one to three are available to stream for BritBox subscribers.

Also, the first three series are also available for purchase on Amazon Prime.

So do you want a fifth series? Let us know on our Facebook page @EntertainmentDailyFix.