The Syndicate cast says goodbye this week when the fourth series comes to an end. But one of them – Neil Morrissey – is being talked about in relation to another show.

Neil, 58, appeared in the first three series of BBC One crime drama Line of Duty.

And now fans of that show think that the star should have been the mysterious ‘H’. 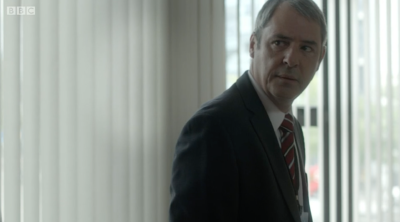 Neil as Nigel Morton in Line of Duty (Credit: BBC)

Who did The Syndicate cast member Neil Morrissey play in Line of Duty?

Neil played copper Nigel Morton in the first three series and, because of his associations with bent Matthew ‘Dot’ Cottan, was always suspected of being a wrong ‘un.

However, series three saw him incriminate Cottan in return for immunity from the CPS. He was last seen retired, gardening at home.

With series six now in the books, and many fans unhappy at the true identity of the final ‘H’ or ‘The Fourth Man’, fans pleaded for Neil to make a return.

Morton being unmasked as ‘H’ would have been a surprise, to say the least.

But, according to some, anything would have been better than DS Ian Buckells.

I waited ten years, only for Buckells to be revealed as H?? Surely it should've been Neil Morrissey!!

@Neil_Morrissey any chance you can make me a quick clip saying that you’re really H so I can have closure and sleep tonight please?! #LineofDutyFinale

Neil Morrissey was ‘H’ …..I don’t care what the writers of Line of Duty say pic.twitter.com/hmO0bfHzAb

How did viewers plead for his return?

Viewers took to Twitter to please for Neil to be the real ‘H’.

One wrote: “I waited ten years, only for Buckells to be revealed as H??

Surely it should’ve been Neil Morrissey!!

“Surely it should’ve been Neil Morrissey!!”

Another wrote: “I soooo want ‘H’ to be Neil Morrissey’s character Nigel Morton.”

A third joked: “Neil Morrissey was ‘H’… I don’t care what the writers of Line of Duty say.” 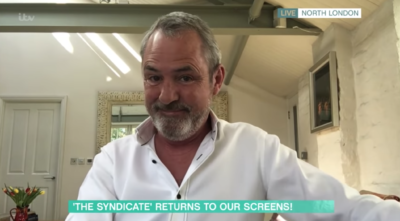 What did Neil say about Line of Duty?

Despite the pleas and the theories from fans, Neil himself has never shied away from stating he’d like to return to the hit crime series.

Promoting The Syndicate, he appeared on This Morning and begged LoD showrunner Jed Mercurio for a return to the show.

He said: “I keep telling Jed Mercurio, I’m very much alive. I just say, ‘Just bring me back and shoot me in the face’. That’s what he does to all the stars, doesn’t he?