Line of Duty could be set for a season 7 after the BBC dropped a huge hint about its future.

The popular crime drama‘s sixth series came to an end last night (May 2), with an average of 12.8 million viewers tuning in to find out the identity of mastermind, H.

According to the broadcaster, the episode was the most watched of any drama since 2002. 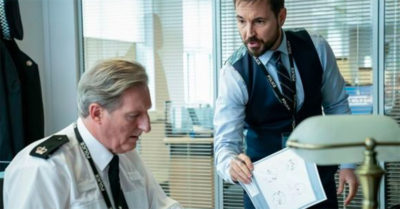 Line of Duty season 6 came to an end with a record-breaking finale episode (Credit: BBC)

Meanwhile, overnight figures show 56.2% of the UK’s TV audience tuned in to watch.

The installment also had a peak viewing figure of 13.1 million.

But despite smashing viewing figures, will the show return for a seventh series?

Will there be a Line of Duty season 7?

The BBC has suggested the popular series could return.

However, it’s down to writer Jed Mercurio and his team. 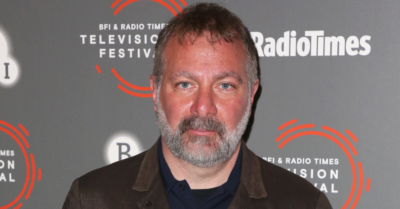 Jed Mercurio has yet to confirm a new series (Credit: SplashNews.com)

Read more: Line of Duty finale: The 7 big clues we missed that Buckells is H aka The Fourth Man

“Jed Mercurio is a master of his craft, and I would like to congratulate him and the entire cast and crew for delivering such an incredible drama series.

“I’m looking forward to having a conversation with the team about where we go next and what the future of the series might be.”

Meanwhile, following the finale, Jed teased the show could return for another series in a cryptic tweet.

I’m looking forward to having a conversation with the team.

The writer, who also works on The Bodyguard, tweeted a shot of AC-12 with the caption: “Carry the fire.”

Despite giving no firm indication to whether the show will return, it didn’t stop viewers from speculating.

“This has got to be a hint at season 7 #LineOfDuty,” one wrote, while another said: “Another season with no Hastings?”

What has Jed Mercurio said?

Despite keeping fans in the dark, Jed has explained the real reason he identified H in the finale episode.

During last night’s show, Ian Buckells was unveiled as The Fourth Man.

On the podcast, Obsessed With Line of Duty, he said: “I suppose it was really down to the decision to kind of hold him to account, sort of mid-season.

Read more: Line of Duty finale: The 7 big clues we missed that Buckells is H aka The Fourth Man

“You know there were suspicions around him in the first two episodes. Then Jo points the finger at him, AC-12 get him in, they charge him, off he goes to prison, and it feels like he’s done and dusted.

“And I think that if we kept him as part of the action, all the way through, then it would have been very hard to misdirect the audience. We were trying to present other candidates to take the focus away from him.”