Father’s Day features in gentlemen’s classics week on The Great British Sewing Bee with a task to make an ideal gift – but when is Father’s Day 2021?

Why do we celebrate it and where does it originate from?

Here’s everything you need to know about the special day… 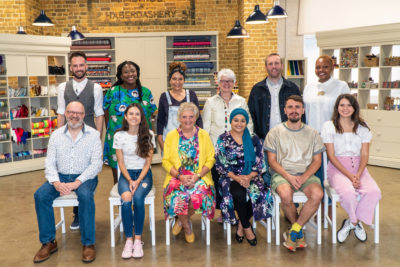 The remaining 10 Great British Sewing Bee contestants must make a Father’s Day gift, but when is Father’s Day 2021? (Credit: BBC One)

Read more: Great British Sewing Bee patterns: Where to find them and where is show filmed?

The day is always held on the third Sunday of June in the United Kingdom.

Meanwhile, Mothering Sunday usually occurs near the end of March.

In the UK, Mother’s Day always falls on the fourth Sunday of Lent.

Why do we celebrate Father’s Day?

Father’s Day is a special day to honour fathers and father figures.

Many people make a special effort to visit their dads, send cards or buy gifts.

Most countries celebrate Father’s Day, although often on different days. 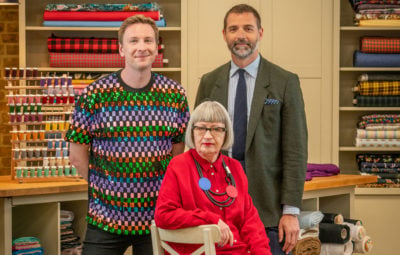 Joe Lycett hosts The Great British Sewing Bee, while Esme Young and Patrick Grant have the tough job of judging (Credit: BBC One)

Read more: The Great British Sewing Bee on BBC One: Who are the judges and how many episodes are there?

When did Father’s Day originate?

Father’s Day may have originated in Pagan sun worship.

Some branches of Paganism see the Sun as the father of the universe.

Since the summer solstice occurs around the same time of year as Father’s Day, some people see a link between the two.

Early history of the festival could also be connected to the religious festival of the Sunday of the Forefathers which commemorates the ancestors of Christ.

A customary day for the celebration of fatherhood in Catholic Europe is known to date back to at least 1508.

However, Father’s Day as we know it is likely to have originated from the US.

Sonora Smart Dodd was inspired by the American Mother’s Day celebrations to plan a day to honour fathers.

Father’s Day has been celebrated in June since 1910 in the USA, and the celebration took off in the UK shortly after.

The Great British Sewing Bee on BBC One episode three

It’s gentlemen’s classics week and the remaining 10 contestants are tasked with making an ideal gift for Father’s Day for the Pattern Challenge – a baker boy cap.

Peaky Blinders fans might be relieved to hear the competitors are NOT asked to sew a razor blade into the peak.

The sewers’ skills are tested to the limit as they tackle headwear – a first for the show.

Judges Patrick Grant and Esme Young then give the contestants 90 minutes to complete the Transformation Challenge.

The 10 hopefuls smarten up and transform a second-hand men’s jacket or blazer into a garment for a woman.

In the Made-to-Measure challenge, they must create a casual utility jacket – a practical jacket for outdoor types made in tough material and featuring at least three pockets “to keep your sandwiches, compass… and grenades in”.

The Great British Sewing Bee continues on Wednesday April 28 2021 at 9pm on BBC One.