Why did Stacey Dooley leave Glow Up? Her advice to new presenter Maya Jama

Why did Stacey Dooley leave Glow Up? Her advice to new presenter Maya Jama

Stacey Dooley is no longer the host of Glow Up: Britain’s Next Make-Up Star.

However, Maya Jama has taken her place for the latest series.

So why did the Strictly winner step down from the popular BBC Three show?

And what has Maya said about her exciting new role? We take a look below…

Why did Stacey Dooley leave Glow Up?

Stacey, 34, hosted Glow Up on BBC Three for its first two series.

She announced she was leaving the show due to other filming commitments. 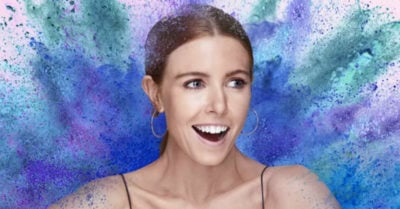 Stacey is working on other projects (Credit: BBC)

Taking to Twitter in October last year, she confirmed: “I won’t be able to be a part of Glow Up, series 3.

“It was such an utter delight to work alongside Dom and Val. Total stars.

“And of course, a real treat to meet the artists, and appreciate their creativity! It’s a show v close to my heart, and I wish everyone involved in the next gig all the love in the world.”

What is Glow Up about?

The show is a competition show in which make-up artists compete to be crowned the winner.

A panel of industry leaders judge the competitors while Stacey hosted the show.

The winner earns the title of Britain’s Next Make-Up Star and a contract assisting leading make-up artists. 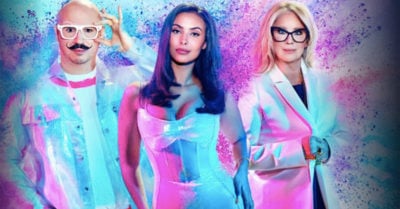 Why is Maya Jama famous?

Maya, 26, has worked as a television presenter since her teens.

Past television hosting roles include for The Circle, Peter Crouch: Save Our Summer and the 2020 MOBO Awards.

She also had an acting role in Kathryn Ryan’s Netflix hit, The Duchess.

As of this year she’s served as a panelist on Celebrity Juice and as a guest judge on Ru Paul’s Drag Race UK.

You may also have spotted her as a guest on Sunday Brunch and The Jonathan Ross Show. 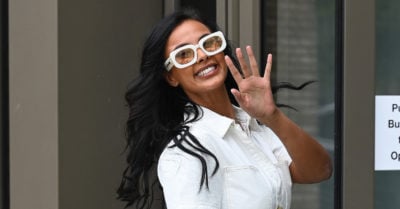 What has Maya said about Glow Up?

Maya’s said she’s thrilled to join the upcoming series of Glow Up.

Also at a recent press event she said Stacey is very supportive of her new role.

She explained: “She said, ‘Good luck, honey – you’re going to smash it!’

“Like she’s been amazing and she’s doing incredible, incredible bits as usual anyway, so I think it was a nice crossover.

“I don’t know why in the media and internet and TV world, people always want to try and be like, ‘Hey how do you feel about this one and this one?’ and pin people against each other but it’s not that, it’s not.”

What has Maya said about the beauty industry?

Maya says she’s a huge fan of make-up but she is wary of filters and beauty editing apps.

She said she tries to avoid using them now, as they can be deceptive to her fans.

Speaking to the BBC ahead of Glow Up she claimed: “I am super aware that if you didn’t follow me or you just glanced at my Instagram quickly and saw the super glam pictures, you’re not going to know that it took four hours and there’s a team of us.”

When is it next on?

Series three of Glow Up: Britain’s Next Make-up Star is next on tonight at 10.45pm on BBC One.

However, episodes can also be streamed on BBC Three via BBC iPlayer now.