Naked Attraction on Channel 4: Contestants assessed by psychologist before they strip off on camera

Naked Attraction on Channel 4: Contestants assessed by psychologist before they strip off on camera

Naked Attraction on Channel 4 is the brutally honest dating game show in which potential mates meet while completely in the buff.

Hosted by Anna Richardson, it’s been a hit since is launched in 2016.

So how can you apply? And what is involved in the Channel 4 application process?

We take a look below…

What’s involved in the application process?

The application process is a bit different from other reality shows as you don’t simply send off an audition tape or form.

You actually have to audition in front of Channel 4 executives. 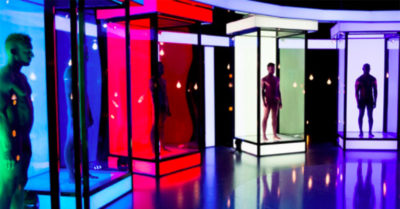 Would you fill out an application for Naked Attraction?! (Credit: Channel 4)

And there’s an added catch – you have to be completely naked for the audition too.

While nude, the contestant is then encouraged to pitch why they should go on the show to the execs.

However, past contestants have said the execs try to make the process as relaxing and non-embarrassing as possible.

Ultimately there is no guarantee you will be selected to be on the show after auditioning.

Are there mental health checks?

Obviously putting yourself naked on a dating show is a daunting task for just about anyone.

But for vulnerable hopefuls this could prove to be a pretty traumatic experience.

As a result, Channel 4 goes through extensive background and mental health checks for each of its contestants.

In fact, on the official application form, it states: “If you are shortlisted, you agree to undergo a psychological assessment by an independent psychologist.” 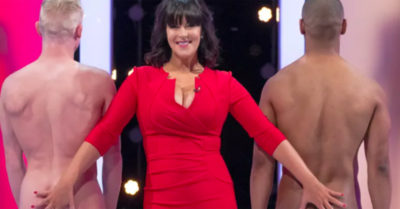 The Naked Attraction application process is said to be rigorous (Credit: Channel 4)

“If you have anything in your past or you become involved in any criminal and/or civil proceedings or other conduct that may attract negative press or publicity at any time after submitting this application, you will make us aware of it immediately.”

If you are selected you will likely be summoned to the set as early as 7am. Then the entire shooting process may take up to 12 hours.

And contestants are expected to be naked for most of the time!

But if you are the ‘picker’ then you may only have to be naked for less than an hour.

Former contestant Gavin told iNews that a lot of the men tried to make their manhoods appear bigger in front of the cameras. 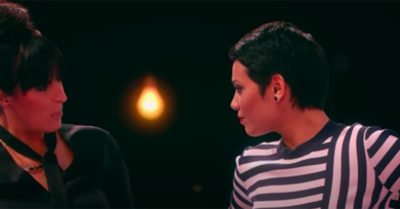 The picker doesn’t strip off until the end (Credit: Channel 4)

He claimed: “You were sweating because there was a light shining on you, but there was a draft so it was a bit cold, so there was quite a lot of shaking going on by the boys.

“Whenever the camera wasn’t on, everyone was shaking themselves to try and make themselves look bigger. I don’t feel like I put in a bad performance.”

Do you get paid to be on Naked Attraction?

Past contestants of the Channel 4 show said they didn’t get paid.

However, it is believed their travel expenses are covered. Additionally, contestants on stand-by, who don’t make it onto the show are believed to get paid for their time.

When is Naked Attraction next on?

Naked Attraction continues on Channel 4 at 10pm on Tuesdays.

Alternatively you can stream episodes via the All4 app.

How can I apply to be on Naked Attraction?

Naked Attraction is accepting applications. You can complete the form here.