Catherine Tyldesley in Viewpoint: Who is she married to and will she ever go back to Corrie?

Catherine Tyldesley in Viewpoint: Who is she married to and will she ever go back to Corrie?

Fans of crime dramas will be glued to their screens watching ITV offering Viewpoint, starring Noel Clarke and Catherine Tyldesley.

There are also a few other familiar faces in the new drama that many viewers will recognise too.

Yet with a new brunette hair do, it might be northern actress Catherine Tyldesley they spot first. Sporting a sultry new image, Catherine takes on a mysterious role in the dark drama.

Read more: Ackley Bridge on Channel 4: Who is the cast alongside Jo Joyner and Robert James-Collier?

How old is Catherine Tyldesley?

Catherine Tyldesley is 37 years old, and was born on September 17 in 1983. She grew up in Salford, Greater Manchester and became an actress after completing her training at the Birmingham School of Acting in 2005.

She started out with small roles in dramas such as Holby City, Doctors and Emmerdale before landing her infamous role as Eva Price on Coronation Street in 2011. 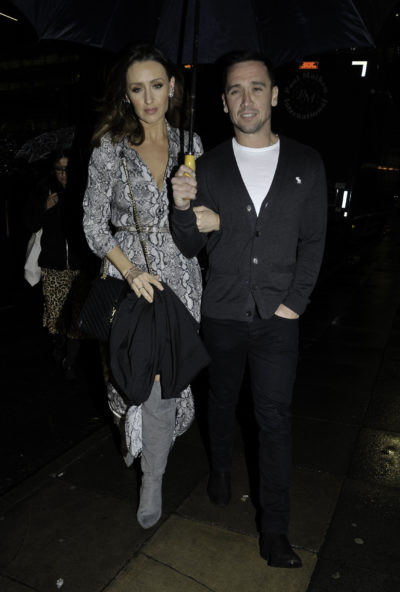 Who is Catherine Tyldesley married to?

Cath married longterm partner Tom Pitfield in 2016. The pair have been together since 2013.

Tom is a former personal trainer, and now works as a professional photographer.

The couple welcomed son Alfie in March 2015 before tying the knot in 2016. 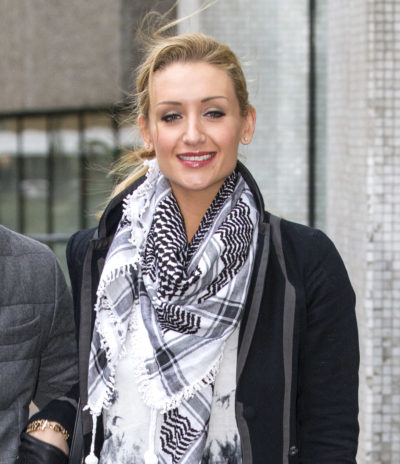 What else has Cath starred in?

Catherine Tyldesley is no stranger to our screens. She starred on the famous cobbles of Coronation Street for seven years as feisty barmaid Eva. Often seen in brawls and spats, Eva eventually left Weatherfield in 2018. However, she may return as Cath hinted at in an interview on Channel 4‘s Steph’s Packed Lunch last year.

She revealed a return isn’t out of the question when quizzed if she would make it back for the soap’s 60th anniversary. She said: “I’ve been a fan since I was a little girl, of course.

“At some point, you know, I’m really enjoying doing different projects and touch wood I’m really busy at the moment.

“But Corrie is so close to my heart, if the opportunity came up in the future, absolutely.”

It’s not just acting talent that Catherine has though, as the star also sings. In 2016 she released her debut studio solo album, titled Rise.

And fans of BBC’s Strictly Come Dancing will remember Catherine Tyldesley taking to the dancefloor alongside professional dancer Johannes Redibe in 2019. The star made it to week six of the competition before she was eliminated. 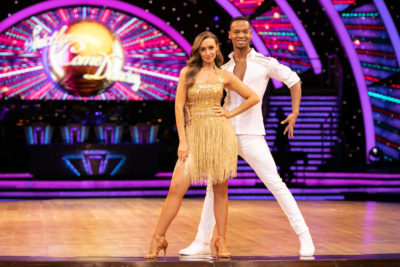 In 2018, Cath said goodbye to the Coronation Street set as character Eva Price left after seven years on the soap.

In her time on the cobbles, Eva was no stranger to drama.

From tackling love rival Maria into a fountain on her wedding day to handling romantic dramas with Aidan Connor (Shayne Ward) over the years, Catherine tackled some of the juiciest plots in the ITV soap.

Catherine as Eva had some of the juiciest storylines in Coronation Street (Credit: ITV)

What role does Catherine Tyldesley play in Viewpoint?

In this new crime drama, Catherine takes on a very different role from what we’ve seen her in before. She plays social media influencer Kate Tuckman in the ITV five-part series.

In an interview about the upcoming series, Cath described her character’s troubles: “She is so in love with [husband] Carl – she will do anything to keep hold of Carl and that is her life’s sole objective – to keep hold of this man that she is not just in love with, obsessed with.

“They have a wonderful relationship but she is fully aware that Carl has his infidelities. That is tearing her up inside. Especially when she tries to create this perfect world for her and her family.

“She’s a brilliant mum. Her childhood was very rocky and abusive – her father was a drunk. She had a really bad time growing up but for her to be a good mum and a good wife is everything.” 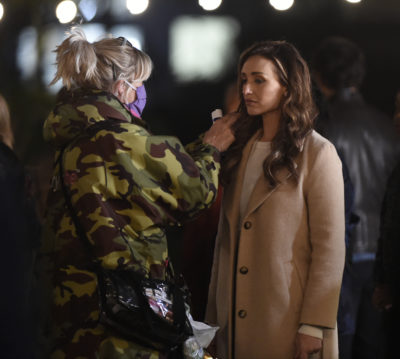 When is ITV’s viewpoint showing?

ITV’s latest crime drama Viewpoint is set to air on ITV at 9pm over five nights from Monday April 26 until Friday April 30.

The intense crime drama will feature some familiar faces including Bulletproof’s Noel Clarke, The Fall’s Bronagh Waugh and No Offence’s Alexandra Roach.