Princess Anne stuns in purple for engagement with husband

Princess Anne stuns in purple for engagement with husband

Princess Anne looked radiant in purple today as she stepped out for an engagement with her husband Sir Timothy Laurence.

The Princess Royal, 70, and Sir Timothy attended a Dawn Service at Wellington Arch, on behalf of the Royal Family, to mark Anzac Day.

Anzac Day marks the Australian and New Zealand landings at Gallipoli and honours those “who served and died in all wars, conflicts, and peacekeeping operations”. 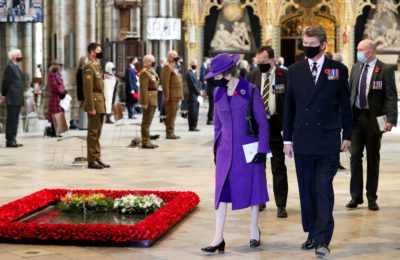 Princess Anne steps out for engagement with husband

Anne wore a bright purple coat and matching hat which she paired with a lilac scarf and black knee-high boats.

On her coat, she added her medals and a poppy.

Meanwhile, Timothy sported a long black coat, white shirt and a striped tie. He also added his medals and a poppy. 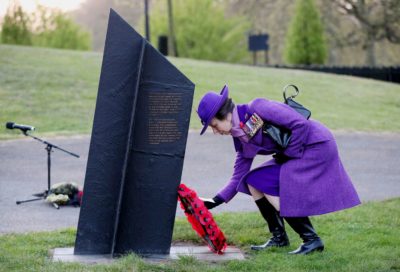 The Royal Family Twitter page shared photos of the couple during the visit.

It was captioned: “Early this morning, The Princess Royal and Vice Admiral Sir Tim Laurence attended the #AnzacDay Dawn Service at Wellington Arch, on behalf of The Royal Family.

“On #AnzacDay we pay tribute to all those who gave their lives serving in the Australian and New Zealand Army Corps.”

In addition, it added: “#AnzacDay marks the Australian and New Zealand landings at Gallipoli in 1915.

“This morning, The Princess Royal laid a wreath at both the Australian and New Zealand War Memorials, and signed a Book of Remembrance.” 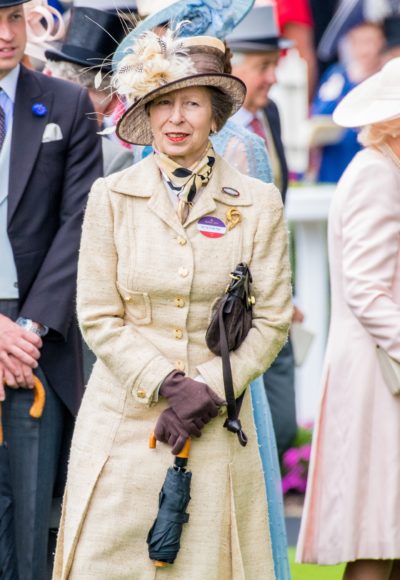 The Duke of Cambridge sent a message to mark Anzac Day to the New Zealand and Australian High Commissions in London on Friday.

A video shared to the Kensington Palace Instagram page showed the Duke delivering the messages himself.

In addition, William said: “This Anzac Day, Catherine and I join Australians and New Zealanders across the world to remember and honour the service men and women of the Australian and New Zealand Army Corps.

A post shared by Duke and Duchess of Cambridge (@kensingtonroyal)

What did William say?

“…we are heartened in the knowledge that Australians and New Zealanders will continue to commemorate those who have given so much for our freedoms.”