The mum-of-five paid a visit to Amy who is suffering from an incurable lung condition.

But it wasn’t long before Harvey began to get upset because he couldn’t give his nanny a hug. 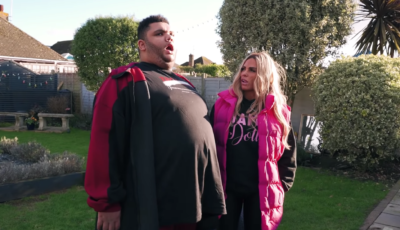 What did Katie Price and Harvey do?

Sharing the moving video on her YouTube channel, Katie, her new fiancé Carl Woods and 18-year-old Harvey entered her mother’s back garden.

Sitting in the conservatory, Amy said she felt “[bleep] today”.

But Harvey buoyed her spirits by giving her a special drawing.

He desperately wanted to go inside and be with her, but Katie said: “We can’t go in because of COVID.”

It was then Harvey became distressed and began to cry.

After he said he wanted to come inside, Amy said:  “I do as well, but I can’t do nothing about it.”

Once Harvey had calmed down, the family swapped Christmas presents – delayed from Christmas Day. 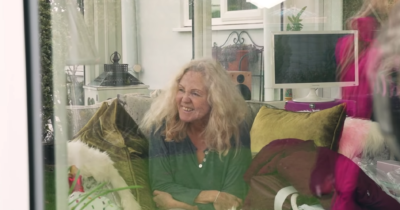 What is Amy suffering from?

Amy was diagnosed with idiopathic pulmonary fibrosis and was given only four years to live in 2017.

In a recent mini-documentary for Channel 4’s Steph’s Packed Lunch, Amy said: “I haven’t given up yet. I’ve got to accept the fact that I know I’m going to deteriorate.”

“To be told she’s got an incurable breathing disease breaks my heart. Sadly, she hasn’t got long left to live.”

Katie also told The Sunday Times: “She puts on a massive show of strength but her illness is slowing her down.”

She said that Amy has joined a choir in order to “open up her lungs” and still does cardio exercises every day but needs oxygen. 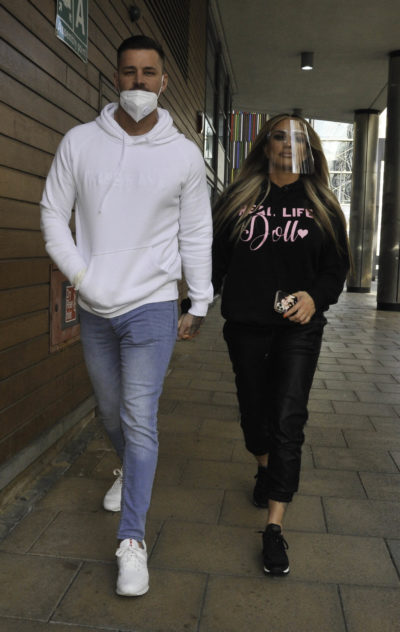 Carl and Katie are getting married! (Credit: SplashNews.com)

It’s been a good week for Katie

Amy’s ongoing battle against the disease is a dark spot in what has been an otherwise happy week for mum-of-five Katie.

Earlier in the week, she announced that she and Carl are getting married.

She also revealed that Carl had asked her 15-year-old son Junior for permission.

“We’d spoken about it a lot, so I knew he was going to, I just didn’t know when,” she told OK! magazine.

“It was amazing. Carl asked my mum and dad for permission – and Junior!”