Evan Davis presents the continuing 18th series – but what pitches appear this week?

Here’s everything you need to know about the products, with no spoilers about whether they receive investment! 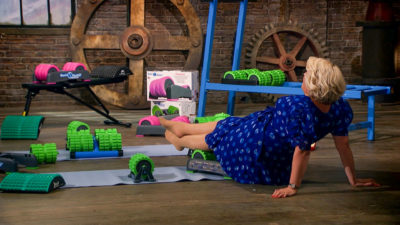 Sara Davies tries out the BackBaller product (Credit: BBC One)

Read more: Dragons’ Den episode three pitches: What is waterless skincare? Why is it better for you?

First of all, inventor Noel Marshall pitches his foam roller – the BackBaller.

After a chronic back injury ended his running career in his 30s, he invented a dual-mounted foam-roller (ridged) for focused muscle relief.

The product has been on the market for five years, and currently costs £54.00.

Noel brings someone rather special along to demonstrate the product – Olympic bronze medallist Marilyn Okoro.

Marilyn Chinwenwa Okoro is a British track and field athlete.

She was on the bronze winning 4 X 400m relay at the 2007 World Championships in Athletics.

Marilyn represented Great Britain at the Beijing Olympic Games in 2008 and finished sixth (1:59.53 mins) in the semi-finals.

She was part of the 4 X 400m relay team which finished fifth in the final of the 2008 Summer Olympics – although the team was later upgraded to bronze medal position following disqualification for doping offences of the teams finishing in third and fourth place.

The athlete tells the Dragons that she was about to retire due to the multiple injuries she was having, until she tried Noel’s BackBaller.

She will now be competing in the Tokyo Olympics later this year. 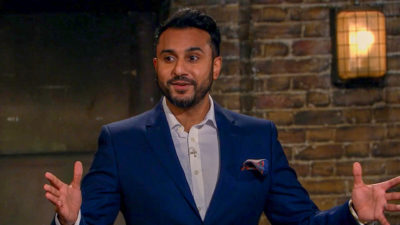 Sunny pitches his Family Secret cooking sauces to the Dragons (Credit: BBC One)

Read more: Dragons’ Den viewers call for a black dragon to be added to the cast

After traveling extensively on his honeymoon, he returned hoping to combine his love of travel and cooking.

The business also sells poppadoms, and snack boxes which are currently sold on some train lines.

He hopes his business provides more “exotic” products than other brands, and they hope to provide more international sauces in the future including Korean, Japanese and African. 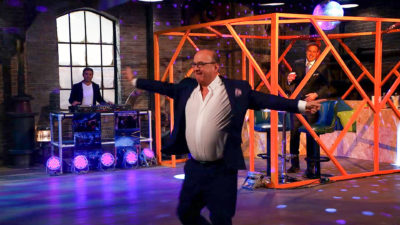 Touker Suleyman enjoys the rave in a box (Credit: BBC One)

Their dream is to share music through their Puffin Box app – which they promise is a “rave in a box”.

In an industrial basement in the Northern Quarter of Manchester, Puffin Box is a socially-distanced, immersive raving experience.

Users can embark on an “electrifying 90-minute mini-clubbing experience within your own social bubble”, with takeovers from both renowned Manchester and international club brands and DJ collectives.

Why puffins? Just because Kat and Nat like the bird!

The optical consultants have their sights set on investment with their ready-readers business. 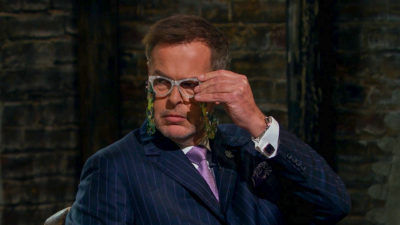 Twenty-nine-year-old tech enthusiast Sam Jones believes he has come up with a way of monetising people’s personal online data.

Gener8 builds digital tools that enable people to control and make money from their data – so advertises can’t.

Their core product is a browser extension that enables people to monetise their own data whilst browsing the internet.

Users are apparently earning £5 to £25 per month on average just by going about their usual online routines.

Sam believes that people should be able to control their data and earn from it themselves.

Gener8 gives users a privacy mode or an earning mode.