Amanda Owen and farmer Clive Owen from Our Yorkshire Farm – how did they meet?

Amanda Owen and farmer Clive Owen from Our Yorkshire Farm – how did they meet?

Our Yorkshire Farm is a hit show on Channel 5 starring Amanda Owen and her husband farmer Clive Owen.

The show focuses around the couple’s old-fashioned farm life and their seemingly ever-expanding brood.

So just how did Amanda and Clive meet? And is there a bit of an age difference between the pair? 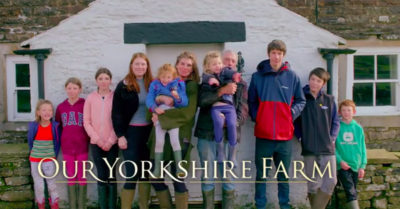 Amanda Owen and farmer Clive Owen with all their children (Credit: Channel 5)

How did Amanda Owen and Clive Owen meet?

Amanda met her now husband Clive in 1996 when she was working as a contract shepherdess.

She arrived at his Ravenseat Farm to pick up a ram. While she was simply there to do her job, the pair hit it off and began seeing one another that same year.

Now they run the farm together, and are the stars of the popular television series Our Yorkshire Farm.

Into its fourth season, it already boasts over three million viewers on average per episode. 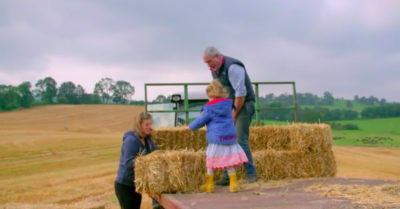 Amanda and Clive get all the kids involved in farm life (Credit: Channel 5)

What is the age difference between Amanda Owen and Clive Owen?

Amanda and Clive have a 21 year age difference.

They are both first-generation farmers and manage a flock of around 1,000 sheep.

How many children do they have?

Clive and Amanda share nine children together. They are currently aged between three and nine.

Amanda is so n0-nonsense she’s given birth to multiple of her children on the side of a roadside – and even at home by herself. 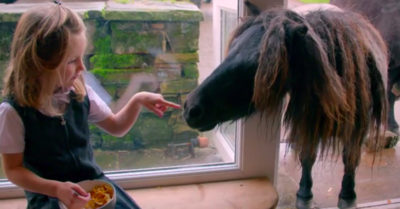 The kids are encouraged to be as independent as possible (Credit: Channel 5)

She said her second last child was delivered at home on the floor with just her dog for company.

Clemmie, who is now five, was delivered in the dead of night in front of a roaring fire.

Speaking to the Radio Times, she explained: “I knew the baby was in the right position, so when I felt the familiar feelings I went downstairs and had the baby in front of the fire with my terrier as a birthing partner.”

She added: “Clive wasn’t desperate to be at the birth, he was asleep upstairs. I went and woke him up with the baby.”

How are they raising their children?

Amanda and Clive are raising their children in an alternative manner.

They want their kids to be able to both think and fend for themselves.

As a result they all help out on with farm life, and their access to modern technology is deliberately limited.

While chatting to The Times, Amanda says she doesn’t want her brood to be part of the “snowflake generation.”

She commented: “I rebuff swaddling children, because I want to see them go on and do well and be themselves, whatever that is. I feel like it is their life and all I do is prepare them.”

When is Our Yorkshire farm on TV?

Our Yorkshire Farm continues on Tuesdays at 9pm on Channel 5.

Prior episodes are available to stream on My5 now.