A Year to Change the World on BBC One: Does Greta Thunberg get paid? How old is she?

A Year to Change the World on BBC One: Does Greta Thunberg get paid? How old is she?

Greta Thunberg: A Year to Change the World continues on BBC One this week (Monday April 19 2021) and the teenager meets her hero David Attenborough – but does Greta Thunberg get paid?

How old is she and is she vegan?

Here’s everything you need to know about activist and campaigner Greta Thunberg. 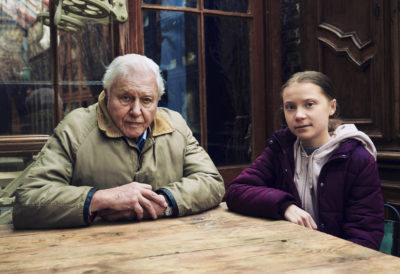 Does Greta Thunberg get paid?

Greta Thunberg denies being paid for her activism work.

In July 2020, Greta was awarded one million euros for her humanitarian work, but she donated the prize to good causes.

She said at the time: “We’re in a climate emergency, and my foundation will as quickly as possible donate all the prize money to support organisations and projects that are fighting for a sustainable world.”

She thanked the body for the honour but added: “The climate movement does not need any more awards.”

Greta addressed rumours she is paid back in 2019.

She wrote on Facebook: “Many people love to spread rumours saying that I have people ‘behind me’ or that I’m being ‘paid’ or ‘used’ to do what I’m doing.

“But there is no one ‘behind’ me except for myself.

“My parents were as far from climate activists as possible before I made them aware of the situation.”

She admits that her parents Svante Thunberg and Malena Ernman – an actor and an opera singer respectively – pay for her tickets and accommodation.

She is currently 18 years old. 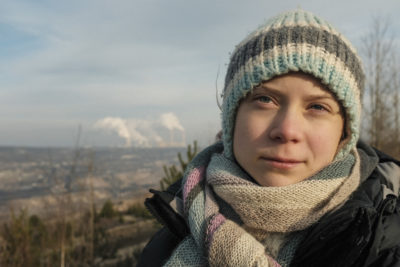 Greta Thunberg: A Year to Change the World airs on BBC One (Credit: BBC One/Jon Sayers)

Greta has Asperger’s syndrome, a form of autism.

She said in a TEDx talk in November 2018: “I was diagnosed with Asperger’s syndrome, OCD and selective mutism.

“That basically means I only speak when I think it’s necessary.”

She says she first heard about climate change in 2011, when she was eight years old.

She could not understand why so little was being done about it.

The situation made her depressed and as a result, at the age of 11, she stopped talking and eating and lost 10 kilograms (22 lb) in two months.

While acknowledging that her diagnosis “has limited me before”, Greta does not view her Asperger’s as an illness.

Instead she has called it her “superpower”.

Aware of animal agriculture’s large carbon footprint, the climate activist does not eat meat or fish.

In a recent interview, she explained that she persuaded her parents to go vegan by stressing that their refusal to make the easy switch was stealing her generation’s future.

Her dad is now fully vegan, while her mum is 90 per cent of the way there. 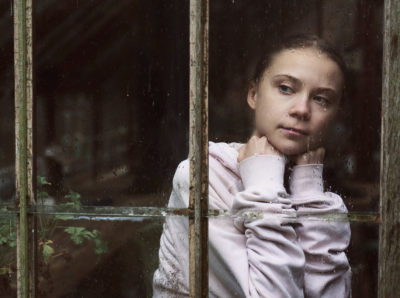 Environmental trailblazer Greta Thunberg has achieved so much in just 18 years (Credit: BBC One)

Greta Thunberg’s mum has revealed how her daughter struggled with disordered eating and spent extended periods out of school during her early teenage years.

Malena Ernman explained how Greta came to be diagnosed with Asperger’s syndrome after a period of food restriction.

Greta was nearly hospitalised, she wrote in an extract from Our House is on Fire: Scenes of a Family and a Planet in Crisis.

The problems began in 2014 when Greta was just 11 years old.

Greta, who has a younger sister Beata, was reportedly only eating three foods at that time; rice, avocado and gnocchi pasta.

On one occasion the family even tried to stage an intervention by spending a day baking buns together but it ended in Greta having a panic attack.

After two months of not eating, Greta lost almost 10kg and was beginning to show “signs of starvation”.

Shortly before the doctors planned to admit Greta to hospital, she experienced a shift in her behaviour and started trying to eat again.

Greta Thunberg: A Year to Change the World episode two

In episode two of the three-part series, Greta sets off to the annual World Economic Forum in Davos, Switzerland, to call for an immediate reduction in fossil fuel use.

As she travels across Europe, Greta meets Polish miners who fear that climate change policies will further decimate their industry and culture.

She also discovers the prototype of a technology that aims to capture carbon dioxide from factory emissions before it enters the atmosphere.

Above all, Greta meets one of her inspirations – Sir David Attenborough.

Greta Thunberg: A Year to Change the World continues on Monday April 19 2021 at 9pm on BBC One.