Princes William and Harry are “over the worst of their feud”, a leading body language expert has exclusively told Entertainment Daily.

And, she exclusively told ED!, she didn’t expect “anything like” the scenes that royal watchers would have seen as the brothers exited St George’s Chapel after the service. 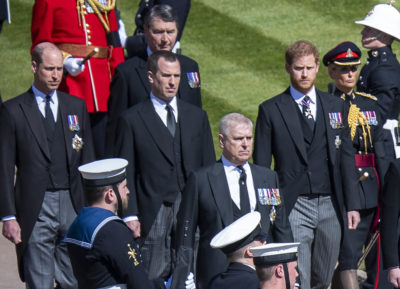 William and Harry were reunited at the funeral earlier today (Credit: Splash News)

What happened with William and Harry at the funeral?

The brothers walked behind the coffin of their grandfather as it made its way to the service.

Judi revealed: “In a way, before, you could say they were ignoring each other. But all of the royals walking behind the coffin all did the same just looking ahead.

“Harry was actually more mobile than the rest of them. He did look round a little bit, he was using some anxiety rituals that you could see too.

“He pulled his jacket at one point and he rolled his shoulders when he got inside the chapel as though bracing himself for what was about to happen.

“Even when he got up to walk out, he was tapping the programme against his leg. When I say that looked impatient, I mean he was probably getting to the point where he was going to re-mingle with the royals and that must be quite challenging for him.

“He clearly hasn’t got his key supporter Meghan there with him either.

“It was a complete revelation what happened after that,” she said. 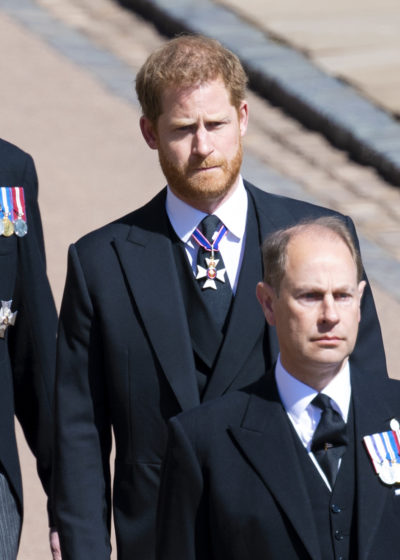 Harry and William reunion ‘natural’ and ‘not contrived’

Judi revealed that, as the brothers and the Duchess of Cambridge chatted after the funeral, things looked entirely “natural” and not at all “contrived”.

She said: “William and Kate walked out with not so much as a backwards glance. And then suddenly on the way out I noticed that William wasn’t rushing and Harry was catching him up as they were saying their goodbyes.

“In quite a natural style, Harry just walked up to William and Kate like the old days and walked between them like he would have done in the old days.

Read more: Where will Prince Philip be buried – and will it be his final resting place?

“And they started chatting as though it was the most natural thing in the world,” Judi revealed.

She added that she’s “always very aware of anything over-posed that might look like it’s just an act put on for the cameras”.

However, she added: “It didn’t look contrived and I’m almost tempted to believe they have got back to some sort of conversation.” 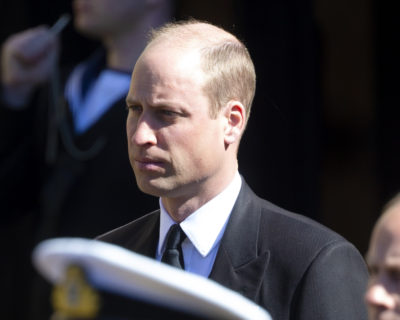 She also said that it seemed as if the brothers had met face-to-face before the funeral.

“Kate then dropped back and William and Harry carried on the conversation a lot longer than they needed to if it was just a stunt for the camera.

“They looked relaxed, William looked slightly anxious, he did a bit of a fiddle with his hands, but it didn’t look forced.

“They clearly didn’t have any form of camera right in front of them which made it look more genuine.

“And also it wasn’t done right in front of Prince Charles or the Queen, like look we’re playing together nicely. It was done when people had left.

I would certainly say they’ve got over the worst hurdle.

“I would’ve imagined from what I saw that they have probably socialised before the event, probably face to face. They looked relaxed enough that it wasn’t their first meeting.

“Harry has always had an ally in Kate and if that would’ve been it we would’ve seen more of her keeping up with them to almost referee it.

“But she dropped back quite happily as if she had no qualms of leaving them together, which was also quite telling.

“It was so subtly done, it didn’t look as though it was too much effort.”

It appears the brothers are on the right road once more (Credit: Sky News)

The brothers are ‘over the worst’

Judi then gave ED! the news royal fans around the world will have wanted to hear.

“I would certainly say they’ve got over the worst hurdle.

“And I would imagine from everything that happened that the wounds run extremely deep.

“I don’t think this is Harry and William back on track like they were before, like the Ant and Dec type double act. But I didn’t expect anything like that to be honest.

“I imagined a little bit of rigid-looking conversation but it did look promising. And as far as we know the police haven’t been called to a punch up round the corner.”

With thanks to body language expert Judi James and Buzz Bingo.