Casualty bosses are filming a huge stunt for the show’s 35th anniversary special.

The BBC medical drama will celebrate its 35th birthday in September and cast and crew are currently hard at work prepping for the occasion. 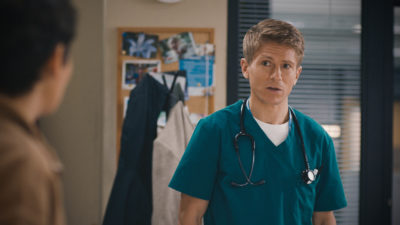 However while the pandemic may have put the dampener on some aspects of the celebrations – there will be a huge stunt.

Actor George Rainsford has teased that fans should be very excited about the spectacle.

He told Digital Spy: “We are filming a massive end of series episode at the moment which is going to be one of those big Casualty ensemble pieces with an event which pulls together lots of the cast.

“That will be in the summer and then the 35th anniversary stuff will follow after that.”

It’s too early to know what is in store but it’s set to be explosive. 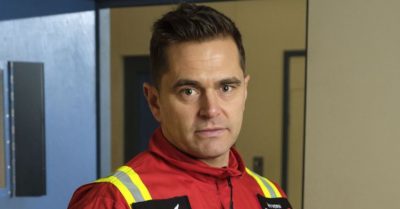 Michael Stevenson has made his return to Casualty as Iain Dean (Credit: BBC)

“Watch this space… viewers are in for a treat!” Casualty boss Loretta Preece teased.

“We are going in a totally different direction for our 35th anniversary special. Something very different which we are confident will be a real fan favourite. Watch this space.”

She added to Digital Spy: “Happily a couple of the characters that I would most like to see return will be doing so over the next 12 month.

“And at least one of those returns comes from a very unexpected direction.”

Viewers watched last week as Iain Dean made his comeback after 18 months away.

But who else do you want back?