Why Did You Kill Me on Netflix: Where is Julio Heredia now?

Why Did You Kill Me on Netflix: Where is Julio Heredia now?

Why Did You Kill Me On Netflix is a powerful new true crime documentary which exposes Julio Heredia as a killer.

But how does the story unfold? And so where is Julio Heredia in 2021? 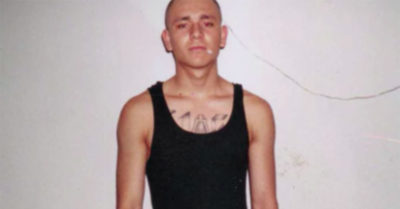 Why Did You Kill Me on Netflix: Where is Julio Heredia now? (Credit: Netflix)

What is Why Did You Kill Me about?

Why Did You Kill Me? is a crime documentary that explores the murder of Crystal Theobald.

This Riverside, California resident and mother-of-two was shot in the head aged 24.

She was in the car with her boyfriend and her brother at the time. 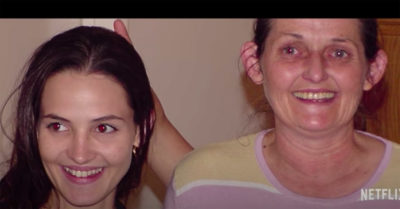 All three were shot at, but only Crystal passed away as a result.

While her mother, Belinda, was behind them in her own car at the scene of the horrendous crime.

The police believed they were shot at after being mistaken as members of a rival gang by the killer.

But a killer was not initially declared.

While instant messaging gang members she tried to get leads to the potential killer.

Eventually she handed the details over to Belinda, who carried on the Catfishing investigation herself.

It is revealed that Julio Heredia killed Crystal Theobald. Now 33, he was a member of the 5150 gang and was on a mission to avenge a rival gang.

He mistook Crystal and her car for that of a rival gang members. He stepped out of his white SUV and shot at close range at everyone in the car.

Finally Julio is named as the killer (Credit: Netflix)

He was driven by fellow 5150 gang member William Sotelo.

Julio was sentenced to life in 2011, five years after Crystal’s murder. He has no chance of parole and will remain behind bars for the rest of his life.

At first the death penalty was an option, but Belinda asked for it not to be used.

Where is Julio Heredia today?

He is believed to be currently held at California State Prison, Sacramento.

What happened to William Sotelo?

William was the driver of the car on the day that Julio murdered Crystal. He was just 17 at the time.

Belinda managed to befriend him on MySpace through the fake ‘Angel’ profile.

Eventually she persuaded him into sending an image of his car – the same one at the scene of the crime.

But she became so enraged – that she ‘blew her cover’. 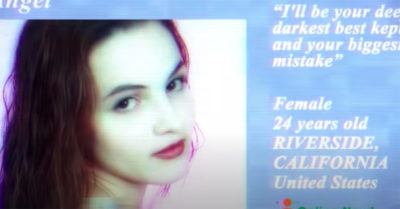 While she explained: “I blew my cover. I said, ‘If you claim you care about me so much, then why did you kill me? You don’t even know who you killed.’”

After her identity was revealed, William fled to Mexico, only to be arrested years later in 2016.

Finally he was convicted of voluntary manslaughter and in 2020 was sentenced to 22 years behind bars.

How to watch Why Do You Kill Me?

Why Did You Kill Me? is available to stream on Netflix now.

Did you watch it? Let us know what you thought on our Facebook page @EntertainmentDailyFix.