Chizzy Akudolu in Too Close: Why did the actress leave Holby City and Loose Women?

Chizzy Akudolu in Too Close: Why did the actress leave Holby City and Loose Women?

Chizzy Akudolu makes a welcome return to TV in Too Close on ITV tonight, although her grumpy and greedy care assistant leaves a lot to be desired!

Here’s a reminder of all the shows you have probably seen Chizzy in before.

She went on to win roles in EastEnders, The Inbetweeners and Silent Witness before a five-year stint on Holby City.

Chizzy also joined the Loose Women as a regular guest panelist in 2018, following her 2017 stint on Strictly.

Her full name is Chizoba, which means ‘God protect us’ but she has revealed that she was given the childhood nickname ‘Dizzy Chizzy’ by her uncle as she was so full of energy.

Who does Chizzy Akudolu play in Too Close? 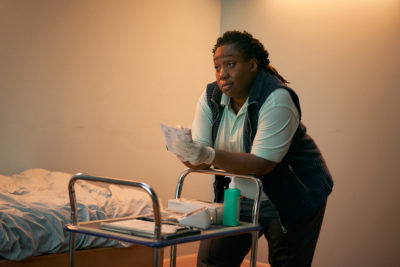 Chizzy Akudolu in Too Close as Khadija Ibrahim, Aka: The squeak (Credit: ITV)

She stars as Khadija Ibrahim (The Squeak) in the new ITV drama, who works in the psychiatric unit where Connie Mortenson is a patient.

Khadija appears to enjoy winding up Connie, who is in the hospital after driving off a bridge.

Read more: Nina Wadia set to appear in Too Close. But where else have we seen her?

Who did she play in Holby City? 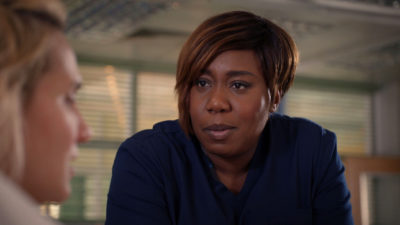 Chizzy played the role of heart surgeon Mo Effanga in Holby City from 2012- 2017. Mo was a consultant cardiothoracic surgeon and a member of the transplant team.

Was Mo Effanga killed off in Holby City?

No, happily she went to start a new job in London, moving away with Mr T and their baby son Hector. Chizzy was glad the door was left open as it allowed her to go back for a short stint in 2018 of which she said: “Being back on Darwin is like putting on your slippers and wrapping up in your duvet.”

When did Chizzy Akudolu compete in Strictly Come Dancing and who was her partner? 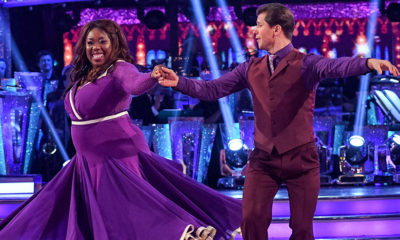 Plus size Chizzy took part in the BBC celebrity dance show in 2017, partnered with pro Pasha Kovalev. But her routines left the judges cold and she was the first to be voted off after a disappointing Cha Cha Cha to Boogie Fever (although her routine is remembered as she got her dress stuck)

Read more: Too Close on ITV: What’s it about, who’s in the drama and when is it on?

She said “I was so gutted to get voted out of the show first. Pasha my dance partner was amazing. When you get asked to go on a show like that, it’s like winning a golden ticket.

“It doesn’t matter what’s going on in your life, you just have to do it. I thought I was going to get really fit and slim – but that didn’t happen!”

Is Chizzy Akudolu married and does she have any kids?

Chizzy was previously married to computer engineer Henry Anang. The pair met when they both worked at a London cinema in the 1990s, but split in 2000. Henry said: “She wasn’t ready to settle down. She was too focused on her career, not on our marriage.”

Chizzy has no children, but she does have five nieces. She says: “I adore all five of my nieces. We hang out, dance and they teach me the latest street slang kids are using.

“I never realised you could love so many different human beings at one time. Everything about them is so perfect – even their perfectly formed finger nails. It’s ridiculous.”