The funeral of Prince Philip will be held at Windsor Castle next Saturday (April 17), Buckingham Palace has confirmed.

The Duke of Edinburgh died yesterday (April 9), with his death being announced in a statement from the Queen.

And, just 24 hours after the sad announcement was made, details of his funeral have been shared by the royal family. 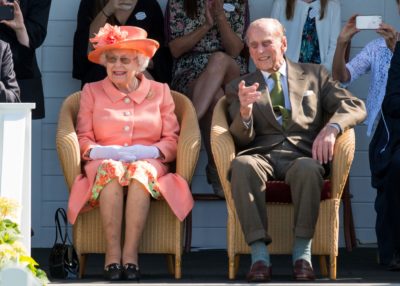 The Queen has confirmed the funeral of Prince Philip will take place next Saturday (Credit: Splash News)

What do we know about the funeral of Prince Philip?

Prince Philip will be laid to rest in a royal ceremonial funeral next Saturday.

Eight days of official mourning have been announced and will come to an end when the funeral starts at 3pm.

It’s been revealed that Philip will not lie in state.

Instead, he will rest in the private chapel at Windsor Castle.

It will be a celebration of a remarkable life.

His funeral will take place at St George’s Chapel and will feature just 30 invited guests.

The royal family said the funeral “reflects the wishes of Prince Philip”.

They added: “It will be a celebration of a remarkable life.”

Indeed, it was today revealed that Prince Philip’s coffin will be carried to the funeral in a Land Rover that had been specially adapted for the occasion.

Prince Philip oversaw the design of the car. 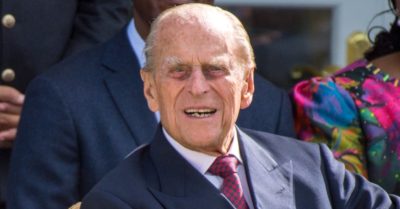 The funeral will be televised (Credit: Splash News)

So what will happen on the day of the funeral?

The funeral, although limited when it comes to guests, will have a worldwide audience watching from television.

When the coffin arrives at St George’s Chapel, it will be adorned with Prince Philip’s standard.

A single floral wreath and his naval cap and sword will be placed on top.

It will then be carried up the steps of the chapel by the Royal Marines.

They will pause at the top of the steps for a national minute’s silence at 3pm.

This is when the official period of mourning will end.

What will happen inside the chapel?

It’s thought the Archbishop of Canterbury will conduct the funeral and, because of COVID restrictions, the guest list will essentially be a personal list invited by the Queen.

It’ll include her children and grandchildren, the Prime Minister and, reportedly, members of staff who were close to the Duke of Edinburgh.