MasterChef’s Emily Roux: How old is she and where does Michel Roux Jr’s daughter work?

MasterChef’s Emily Roux: How old is she and where does Michel Roux Jr’s daughter work?

Emily Roux appears on MasterChef on Thursday (April 08 2021), but who is she and where does she work?

The young chef helps judge the final four amateurs as they attempt to impress with their cooking skills.

But what’s her story? And how old is she now? 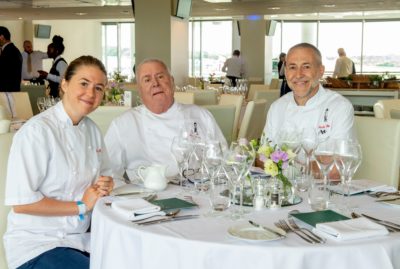 Who is Emily Roux?

She is the daughter of famous chef Michel Roux Jr and his wife Giselle, who has worked in the restaurant business for numerous years and is currently the secretary at Le Gavroche.

Emily has followed in the footsteps of her father and late grandfather and trained as a chef.

Emily’s granddad was the chef Albert Roux, co-founder of the triple-Michelin-starred The Waterside Inn in Bray.

He sadly died in January at the age of 85.

Emily knew she wanted to follow in her family’s footsteps from a young age.

She grew up in the kitchens of her father’s two-Michelin-starred Le Gavroche, where she would often sit in the corner, volunteering to peel potatoes or carrots for hours.

Read more: Who are this year’s Celebrity MasterChef contestants? Su Pollard reportedly signs up for 2021 series

Where does Emily Roux work?

Although Emily appears alongside her dad in his lauded restaurant Le Gavroche in the latest episode of MasterChef, she does not work there.

Emily is running her first restaurant and is vocal about not trading on her name.

Caractère in Notting Hill first opened in early 2019 and quickly gained a loyal following among the locals.

She says: “Caractère is very different to Le Gavroche.

“My father’s restaurant is very luxurious; it’s an experience.

“We wanted to create something more friendly, low-key and neighbourhoody, where people feel comfortable and can have a laugh with the waiters.

“We want a family ambience, but still very good food – not just a place for special occasions.”

Emily is married to Diego Ferrari.

They lived in Paris, then came to London, where Diego worked Le Gavroche’s stoves as head chef under the watchful eyes of his future father-in-law.

Emily and husband Diego are co-owners and partners of restaurant Caractère, which they set up together.

Last year, they welcomed their first child, a boy. 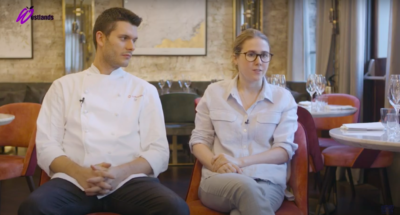 As usual, MasterChef hosts John Torode and Gregg Wallace assess the participants’ skills to a bid to assess that they can be worthy finalists.

They are joined in their endeavours by Monica Galetti, Steve Groves and Michel’s daughter Emily Roux.

MasterChef continues on Thursday April 08 2021 at 9pm on BBC One.