Escape To The Country host Jonnie Irwin was left gobsmacked after a guest revealed they were a little “sickened” by his choice of property.

On the BBC show, the real estate agent headed to Worcestershire to help find a new home for couple Melissa and Nick. 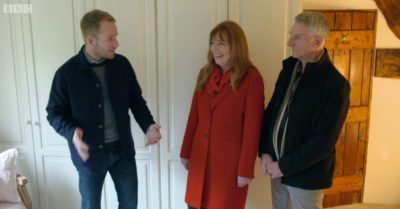 Jonnie Irwin headed to Worcestershire in Escape To The Country (Credit: BBC)

What happened on Escape To The Country?

Melissa and Nick explained they were keen to leave Surrey after 21 years.

The pair were on the search for a four-bedroom detached property, with plenty of space for their dogs.

Jonnie got off to a good start as he showed the couple around a stunning property they clearly loved.

The space featured a farmhouse kitchen and a swimming pool.

Melissa gushed: “You couldn’t have designed a better house. I’m speechless which is a first for me.”

However, the presenter failed to get the same reaction during the second property viewing. 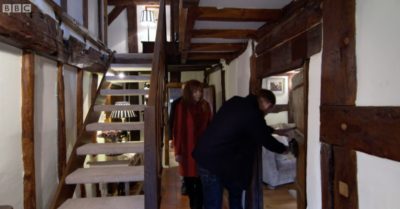 The pair weren’t fans of the period features (Credit: BBC)

Unlike the first home, the couple appeared disappointed with the grade 2 listed timber building.

As the couple looked around the property, Melissa explained she felt sick.

Jonnie asked: “Are you getting seasick?”

In addition, she replied: “Yes. It’s not going it for me in the same way the first [property] did. I love the character, I love the beams but something just doesn’t draw you in like the first proper did.”

Eventually, the pair put an offer in on the first home they viewed. 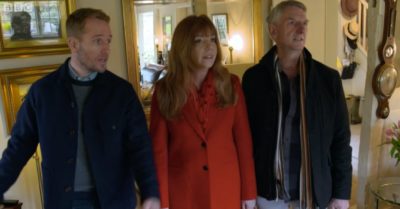 Earlier this year, the BBC star revealed that he and his wife Jessica moved from Hertfordshire to Newcastle.

Read more: The Town the Gypsies Took Over on C5: What is the Appleby Horse Fair and why are the police involved?

Speaking to HELLO!, Jonnie explained: “Maybe it was part of a very intelligent masterplan.

“The idea was to extend our family home, so we got planning permission. So we moved single-handedly in lockdown.”

In addition, he added: “Since being up here we realise how great it is to have family and friends close by. They’ve all waded in and helped and never made it feel like they were doing us a favour.”