The Town the Gypsies Took Over on C5: What is the Appleby Horse Fair and why are the police involved?

The Town the Gypsies Took Over on C5: What is the Appleby Horse Fair and why are the police involved?

The Town the Gypsies Took Over is a Channel 5 documentary exploring the Appleby Horse Fair in Cumbria – but what exactly is it?

Who attends the annual festival and why? And why do the police have to get involved? 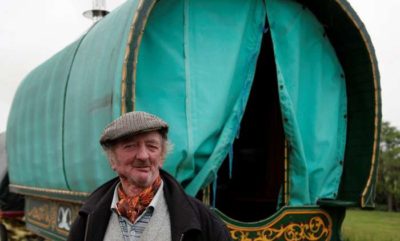 What is the Appleby Horse Fair and where does it take place?

The Appleby Horse Fair is an annual gathering of gypsies and travellers in the town of Appleby-in-Westmorland in Cumbria.

The event attracts around 10,000 gypsies and travellers, including 1,000 caravans and several hundred horse-drawn vehicles.

It’s believed to be one of the biggest traditional gypsy fairs in Europe.

The fair is held outside the town of Appleby, not far from Gallows Hill, which is named after the public hangings that were once carried out there.

Appleby Horse Fair is a regular gathering, with toilets, rubbish skips, water supplies and horse grazing all arranged ahead of time.

There are stalls and a catering area, and licensed campsites and car parks nearby.

The horse trading sees horses shown off or “flashed” by trotting up and down at speed.

Besides the horses, there are fortune tellers, palm readers, buskers and music stalls, clothing stalls, tools and hardware, china, stainless steel, and horse-related merchandise including harnesses and carriages.

Why and how are the police involved?

There is always a police presence at the Appleby Horse Fair.

The Fair generates some controversy with the local residents, some of whom complain about the mess, crime and animal cruelty.

In 2014, there were 28 arrests at the fair for drug use, drunkenness and obstruction.

Cumbria’s Police and Crime Commissioner Peter McCall previously told The Sun: “If I could stop it, trust me, I would.”

Addressing residents in nearby town Kirkby Stephen, Mr McCall said: “We would all like to just be rid of the problem but my view is that we have got to manage it the best we can.” 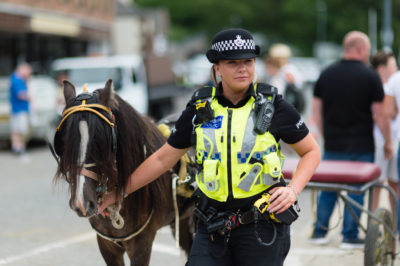 Read more: Hoarder Homes on Channel 5: Why do people hoard? Is it a mental illness?

When does the Appleby Horse Fair take place?

The horse fair, also known as Appleby New Fair, is held each year in early June.

The 2020 gathering was cancelled due to the pandemic.

The Appleby Horse Fair is due to take place between Thursday Jun 03 and Sunday Jun 06 2021.

However this is in breach of the Covid restrictions.

Large gatherings are not permitted until June 21 at the earliest.

The event has been rescheduled. 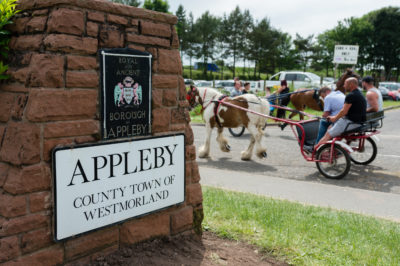 Appleby in Cumbria is the location of the annual festival (Credit: WittWoo/Cover Images)

How long has Appleby Horse Fair been going?

Stories of Appleby Horse Fair date as far back as 1685.

In 1775, the Fair welcomed sheep and cattle drovers and horse dealers selling their stock.

By the 1900s, it had evolved into a major gypsy/traveller occasion.

The fair has been cancelled twice, in 2001 due to foot-and-mouth and in 2020 due to coronavirus.

The 2020 fair was held with just six participants, in response to a traveller belief that the fair would be lost if it did not occur.

As many as a hundred spectators also defied the ban.

The Town the Gypsies Took Over on Channel 5

The Town the Gypsies Took Over airs on Wednesday April 07 2021, after originally showing in August 2019.

Programme makers explore how new police restrictions are impacting on the festival’s traditions.

Plus, local business owners share their thoughts on the event.

While some stand to make a profit from the visitors, others find the size of the fair overwhelming.