The pair have been at loggerheads for years and have often fired shots at each other over their competing shows Good Morning Britain and BBC Breakfast.

When Piers stepped down from GMB last month over the Meghan Markle row, he couldn’t resist scoffing that his show had beaten BBC Breakfast‘s viewing figures for the first time.

Piers’ final appearance on the ITV programme had an audience share of 35.3% and BBC Breakfast had 33.4%. 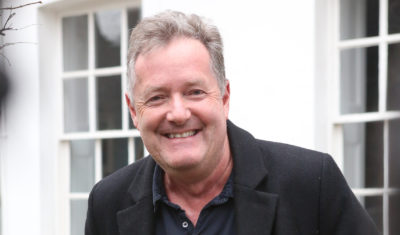 Dan Walker said Piers Morgan was ‘a decent bloke’ underneath

The presenter, 56, has now taken another shot at Dan in his Mail On Sunday diary.

He spoke out after Dan, 44, served up something of a back-handed compliment during an interview with The Times.

Dan said of Piers: “Underneath all the froth, I think there is a decent bloke fighting to get out.”

But Piers wasn’t taking the barb lying down.

He snapped: “Ironically, I’ve always thought that underneath all Dan’s faux saintly froth, there’s a nasty piece of work fighting to get out.”

Ironically, I’ve always thought that underneath all Dan’s faux saintly froth, there’s a nasty piece of work fighting to get out

Piers continued, quoting Dan: “‘For somebody who has gone on record saying they detest silver medals, five years in second place must hurt quite a bit,’ cocky Dan sneered to the Sunday Times in February.

“It did, yes. But fortunately, Mr Walker, your poodle-like simpering with Government Ministers single-handedly gifted me the gold medal and cured the pain!” 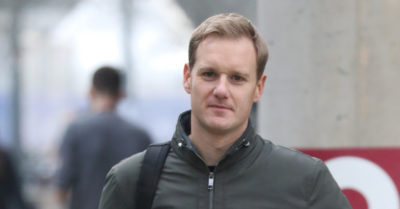 Why did Piers leave GMB?

Piers quit GMB after saying he didn’t believe remarks made by Meghan in her Oprah Winfrey interview.

The star refused to change his stance and tweeted that freedom of speech was “a hill I’m happy to die on”.