BBC investigates Some Mothers Do ‘Ave ‘Em after complaint

BBC investigates Some Mothers Do ‘Ave ‘Em after complaint

The BBC investigated legendary 1970s sitcom Some Mothers Do ‘Ave ‘Em after complaints from a viewer.

The viewer reportedly complained about the show – which first aired in 1973 – because it contained a “homophobic slur”. 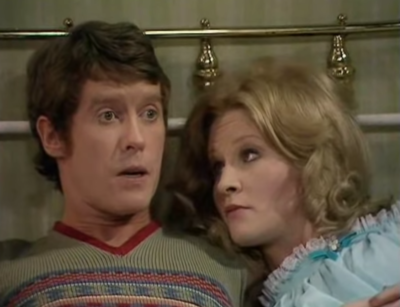 When was Some Mother Do ‘Ave ‘Em originally aired on the BBC?

It starred Michael Crawford as Frank Spencer, one of the most iconic characters from British comedy.

It followed accident-prone Frank as he got into all kinds of scrapes, often wearing his long overcoat and beret.

He was accompanied in his disaster-prone adventures by his tolerant wife, Betty, played by Michele Dotrice.

Frank was famous for the catchphrase, “Ooooh, Betty”. 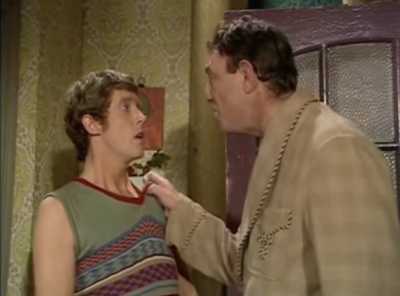 What happened in the offending scene?

The complaint came after a viewer watched the Christmas special from 1975 on repeat on BBC Two.

In it, Frank dressed up as a pixie in a department store.

The scene featured Frank saying: “I’m the chief of the pixies, I’m the friend of all the little boys and girls.”

However, a sneering young boy replied: “Oh no you’re not, you’re a [bleep].”

“I beg your pardon, block your ears!” Frank replied.

How did the BBC react?

Before the episode, the BBC issued a warning to viewers that some language used in the festive special was “outdated”.

And, despite the complaint, The Times newspaper reports that the corporation investigated and decided it was not in breach of its guidelines.

A spokesperson told the newspaper: “Attitudes and language change over time and our approach is to tell viewers when a show includes something that may be offensive, inappropriate or outdated.”

Some Mother Do ‘Ave ‘Em isn’t the only classic comedy to receive a warning before transmission.

Shows like Blackadder, Peep Show, The League Of Gentleman and Little Britain have all been slapped warnings to viewers before airing.