James Martin on Saturday Morning: Host opens up about his dyslexia and says ‘it’s a nightmare’

James Martin on Saturday Morning: Host opens up about his dyslexia and says ‘it’s a nightmare’

On Saturday Morning, James Martin revealed that living with dyslexia can be a “nightmare”.

The TV chef, 48, opened up about the condition to guest Mollie King this weekend (Saturday, February 27).

And discussing their shared condition, he admitted that even reading the autocue was difficult. 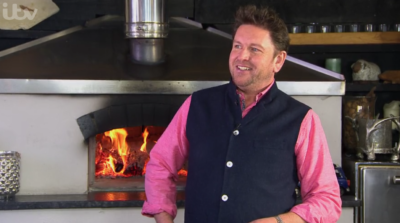 James said he wasn’t diagnosed until he was 30 (Credit: ITV)

What did James Martin say on Saturday Morning?

Speaking with his celeb guest, 34-year-old Mollie, James began asking the Saturdays star about her dyslexia.

“I know a big passion of yours is this dyslexia foundation which I wanted to pick up on because it’s something that’s close to my heart, because I’m dyslexic as well – severely dyslexic,” he said.

“I know that you are as well and you found that out when you were a young kid.”

Mollie told James that she knew she had the condition at age 10.

“I didn’t know about mine until I was 30 years old,” he replied, “when I started in television to read the autocue.”

“For me it’s an absolute nightmare, to read that.” 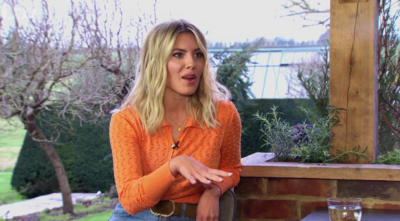 He continued: “I’ve got to walk and talk and it wasn’t until a wonderful lady, I’ll always remember her and I’d like to thank her as well.

“She works for the BBC and she turned around and said, ‘You’ve got to walk and talk at the same time,’ and sent me away for a little lesson on how to do it.

“You need somebody like that to give you the confidence, don’t you really?”

Who else suffers from dyslexia?

James isn’t the only celebrity who has struggled with the condition, which affects reading and spelling.

Earlier this month, This Morning star Holly Willoughby also opened up about her struggles.

Read more: Holly Willoughby reveals her dyslexia is behind mistakes on This Morning

Taking to Instagram, she told fans: “Probably something that bonded us hugely was the fact we are both dyslexic.

“That’s why this post is even more special and actually writing this I feel very emotional.

“If I could go back and tell my school friend that on the 2nd of February 2021 to mark the begin of #childrensmentalhealthweek she would publish her 1st book, I’m not sure she’d believe it possible…”