The Bay’s Morven Christie: Why has she quit as Lisa Armstrong and what’s she in next?

The Bay’s Morven Christie: Why has she quit as Lisa Armstrong and what’s she in next?

The Bay series two ended tonight (Wednesday February 24 2021) with a criminal behind bars and DS Lisa Armstrong back on top – but what will actress Morven Christie do next?

ITV recently announced that Morven would be replaced in the third series of the ITV drama. 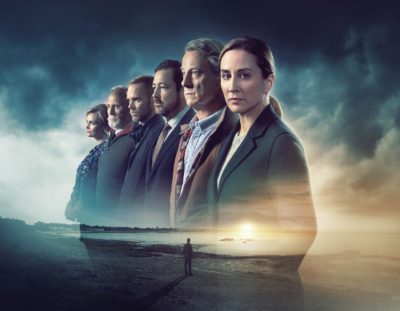 Morven Christie appeared in the first two series of The Bay (Credit: ITV1)

Why is Morven Christie leaving The Bay?

Series two ended with Lisa Amrstrong seemingly at peace – she’s back on top at work, and has kicked her no-good ex to the kerb.

The news that the character has been replaced came as a shock to many, who expected Morven to return as Lisa in series three.

However, ITV told us that Morven Christie had made the decision to leave the show.

Morven has made no announcement about her reasons, although she did hint at problems behind the scenes.

On February 10, after the devastating death of Lisa’s colleague Med, actress Morven posted a cryptic message on her official Instagram page.

Sharing a picture of actor Taheen Modak in character as Med, Morven wrote: “Day one til the end. So honoured to have spent my two seasons on The Bay with this guy, from fresh out of college to smashing it like an old pro.

“My partner, my pal, this big souled lil king.

“They should never have let you go, but that’s for another day. Now you get to go build your kingdom – and I’m right behind you pal. We did it. @taheenmodak.”

Who is replacing her?

DS Townsend finds herself in the deep end after the discovery of a body in the bay.

It’s her first day in the job. And she has to get under the skin of a grieving family to investigate the death of an aspiring boxer.

She’s eager to provide answers for the family, but she must also prove herself as the newest recruit on the team.

Jenn is under extra pressure in her personal life too, as her own family struggles to settle in Morecambe.

ITV’s Head of Drama, Polly Hill, said: “We are delighted with the audiences’ response to The Bay. [We] look forward to them meeting DS Jenn Townsend played by the fantastic Marsha Thomason, who joins the team in series 3.”

Catherine Oldfield, Executive Producer, commented: “Daragh and I couldn’t be more delighted by the audience response to The Bay.

“That ITV have recommissioned the show is fantastic and to get a talent as bright and brilliant as Marsha to lead the new series is beyond exciting.”

She added: “We can’t wait to get back to Morecambe to start filming.” 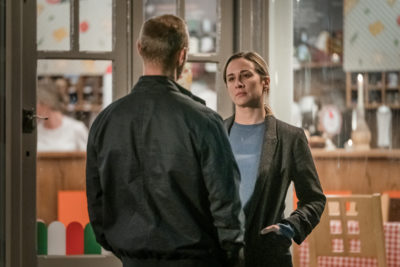 Lisa Armstrong is at a low ebb during series two of The Bay (Credit: ITV1)

What will Morven Christie do next?

Morven has already filmed The Road Dance, which is currently in post-production.

She portrays Mairi Macleod in the feature film, which is about a young girl who lives in the Outer Hebrides in a small village in the years just before WWI.

Isolated and hard by the shore, her life takes a dramatic change when a terrible tragedy befalls her.

The film is written and directed by Richie Adams.

Will there be another series of The A Word?

The BBC has not yet confirmed if there will be a fourth series of The A Word.

Morven portrays Alison Hughes in all episodes of the drama, which began in 2016.

The popular series focuses on an autistic boy called Joe (played by Max Venton) and his family, as they seek out ways of coping with the condition while finding some sense of normality.

At the start of series three, 10-year-old Joe was coping with his parents’ separation and living in two places at once.

Things came together at the end of the series when Rebecca safely delivered her baby girl (named after her grandmother), with Alison and Paul sharing a touching moment at the hospital and admitting that their respective new relationships hadn’t worked out.

Will you miss Morven Christie’s character Lisa Armstrong in The Bay? Leave us a comment on our Facebook page @EntertainmentDailyFix.