Piers Morgan has had a panic button installed by his bed after receiving online death threats.

Fearing for the safety of his family, Piers has since found a way to contact the police directly during an emergency. 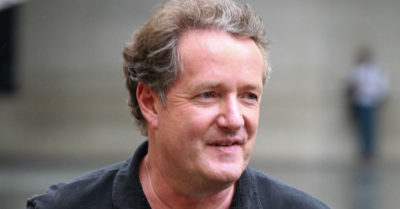 Piers Morgan has has a panic button installed in his London home (Credit: SplashNews.com)

In a piece written for the Telegraph, his wife, Celia Walden, explained the police are currently tracking the IP address of the user.

Furthermore, the writer, who shares daughter Elise with Piers, expressed her worry over the severity of the threats.

My daughter asked what the contraption in our bedroom was for

Celia, 45, wrote: “It was only when I was told my phone number would be listed with a ‘rapid response’ unit specialising in death threats, and a security engineer came to install a panic button by our bed that could have the police there within four minutes, that a trembly feeling started up in my stomach.

“I thought about the nine-year-old I’d told to stay in her bedroom until ‘Daddy’s work colleagues have gone’ and composed a convincing lie for when, as she inevitably did, my daughter asked what the contraption in our bedroom was for.” 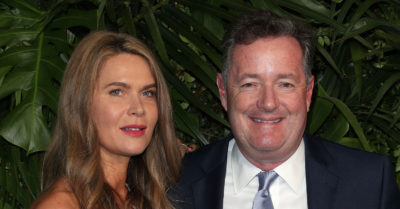 What did Piers Morgan say?

Meanwhile, Piers addressed the deaths threats on GMB this week.

On Monday’s show, the presenter confirmed he had contacted the police after receiving the messages.

He said: “You can say what you want, you can have opinions, but you’re not allowed to issue death threats to people.

“So I called the police, the police came around, took it very seriously, thank you to the police [who are] investigating this.” 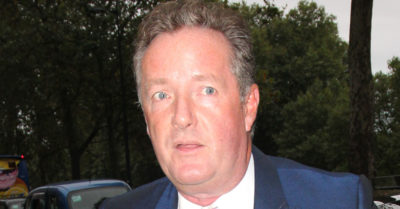 In addition, Piers added: “I also got in touch with Facebook, I know some top people there…

“And I said, ‘Look, it’s unacceptable’ and they’ve been cooperating as well.”

When did Piers Morgan receive death threats? What did they say?

The announcement came days after Piers told fans he had been the subject of online death threats.

At the time, he said: “Anyone know who he is? Let’s see how big and tough he feels when I give him the exposure he deserves.”

The online user had earlier told Piers: “You’re [sic] a marked man. Calling the police, big tech or beefing up your security isn’t going to stop us getting to you. This isn’t a threat Piers, it’s a promise. You [sic] getting killed.”