Coronation Street SPOILERS: Nina shocked as Asha confesses she’s in love with her

Coronation Street SPOILERS: Nina shocked as Asha confesses she’s in love with her

Coronation Street spoilers reveal Asha confesses her love for Nina. But is it too soon?

Recently Asha and Nina started a relationship and agreed to take things slowly. However it seems like things could be moving too fast for Nina.

In next week’s scenes Nina tells Asha that she’s going bat watching with Roy. When Asha suggests she could tag along, Nina asserts that she’ll find it boring. 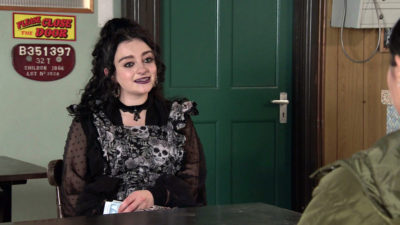 Asha worries Nina has gone off her (Credit: ITV)

Asha tells Amy that she reckons Nina has gone off her already as she’d rather go out with Roy than spend time with her.

Later, Asha explains her concerns to Nina and she assures her she hasn’t gone off her, but it’s important they have the freedom to pursue their own interests too.

Asha and Aadi excitedly plan Dev’s surprise birthday party but Asha is disappointed when Nina says she can’t make it.

When Aadi discovers that Nina offered to mind the café to avoid Dev’s party, he demands to know why she lied to his sister. 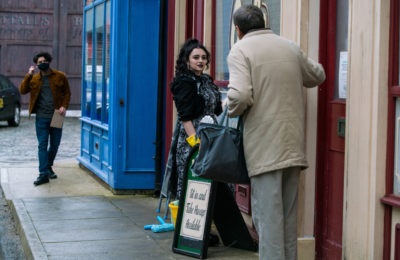 Nina admits to Aadi that it just felt too soon to be attending family parties, but the last thing she wants to do is hurt Asha.

Aadi asserts that the invite still stands and Nina changes her mind about coming. When Aadi arrives with Nina in tow, Asha is thrilled.

But things soon take a turn as Dev makes a speech welcoming Nina to the family. Nina squirms, clearly feeling like it’s all too much too soon. 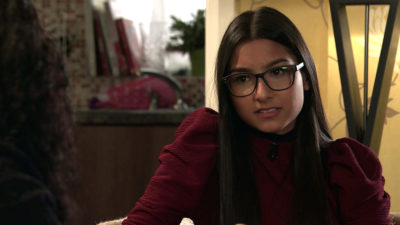 Read more: Coronation Street SPOILERS: Johnny to die as he refuses to take his medication?

Roy suggests to Nina that she has an honest chat with Asha.

But when Asha reveals to Nina that she’s in love with her, Nina is floored.

Is it too soon?

Will you be watching next week’s Coronation Street? Leave us a comment on our Facebook page @EntertainmentDailyFix and let us know what you think of this story.